She had the distinction of being the first British based designer to achieve international fame, and she was also the first titled woman who had entered trade, to make such a mark in the world.  Her name was Lucy Christiana, Lady Duff Gordon, who worked under the name Lucile from 1894, after her first disastrous marriage ended in divorce.  In 1900 she became Lady Duff Gordon, when she married Sir Cosmo Duff Gordon of Scotland. 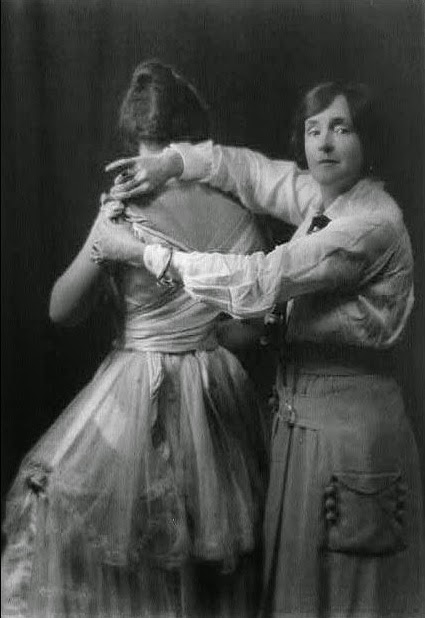 By the time of her second marriage, and her elevation to the aristocratic realm, she already had a thriving business.  Her association, through her marriage, with all the most wealthy and influential women of the day, meant that they flocked to her doors in even greater numbers.  She became one of the go to designers for most of the beautiful actresses, dancers, and titled women of the day.
Her design style was notable for its unabashed femininity, abundant details, and adroit mixes of color. Also, her clothes had a strong sense of free movement, which was right on target for how women were feeling about themselves, and how they wanted to face the world.  Unwilling to give up their overt femininity, but wanting more modern freedoms, Lucile's splendid mix of colors, lightweight, mobile textiles, and lavish embellishments, seemed the perfect answer. 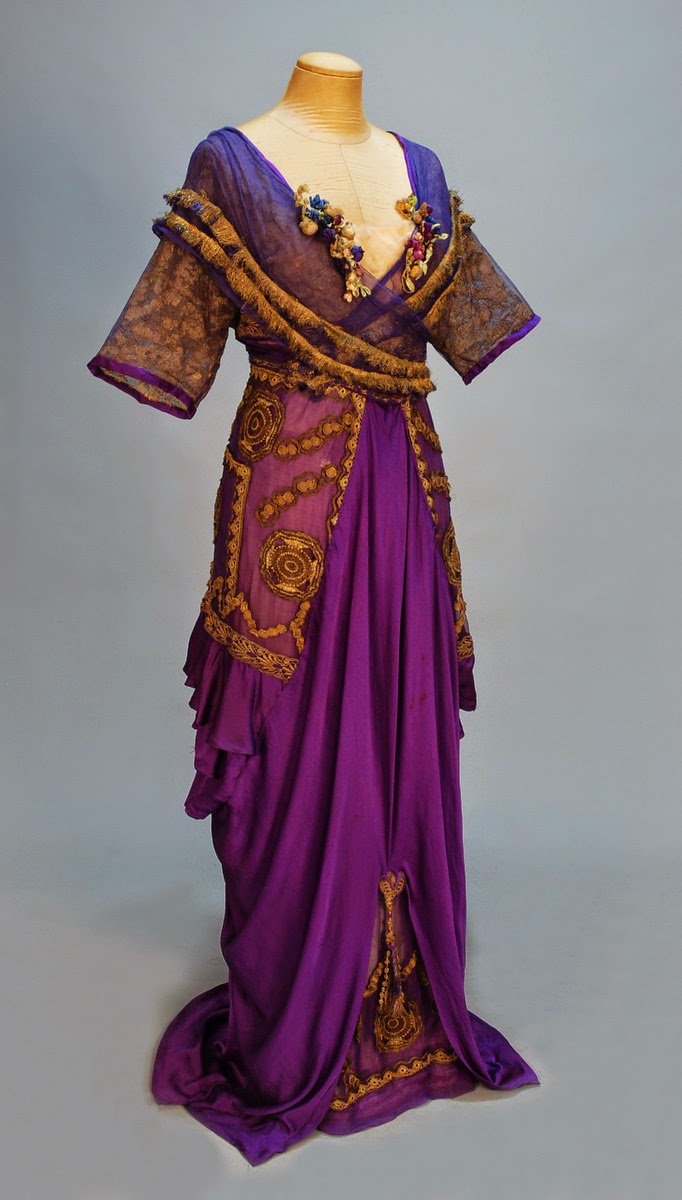 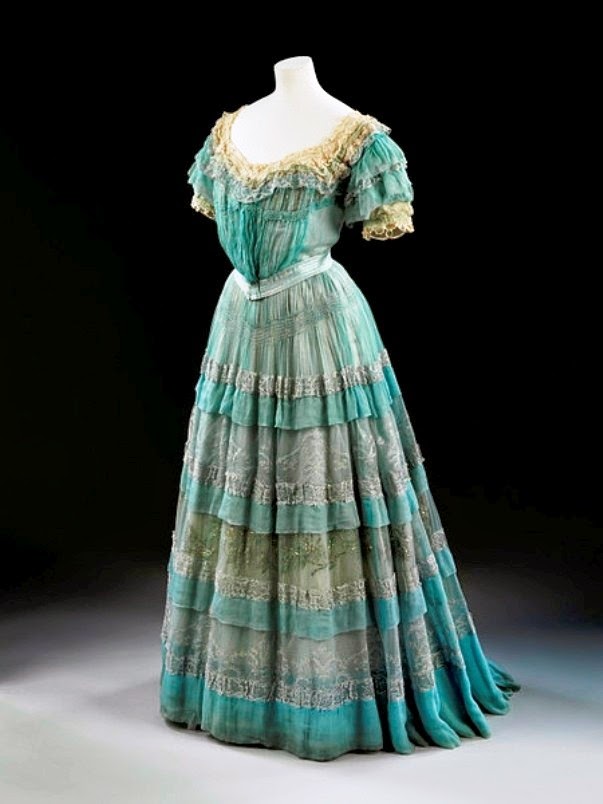 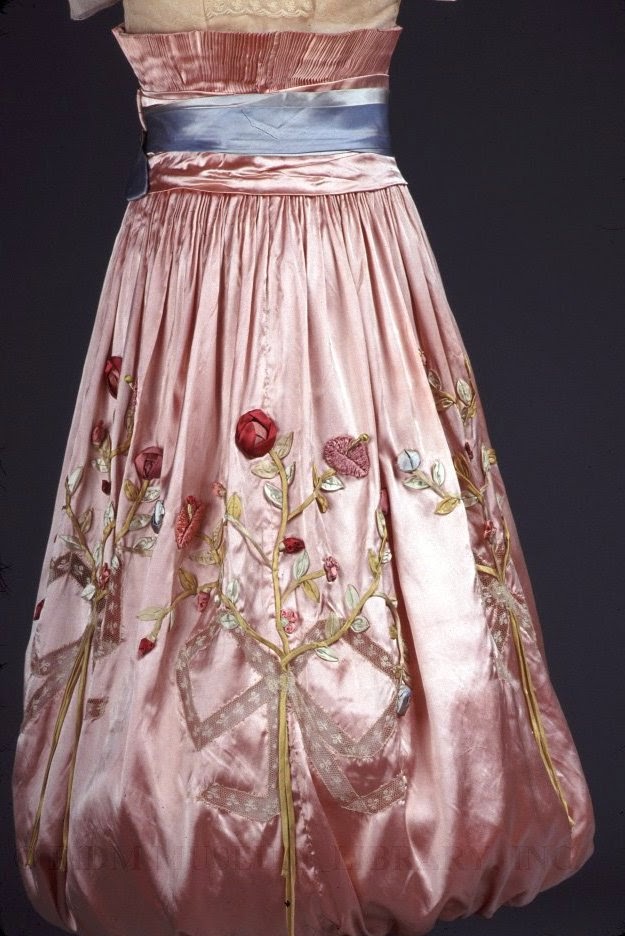 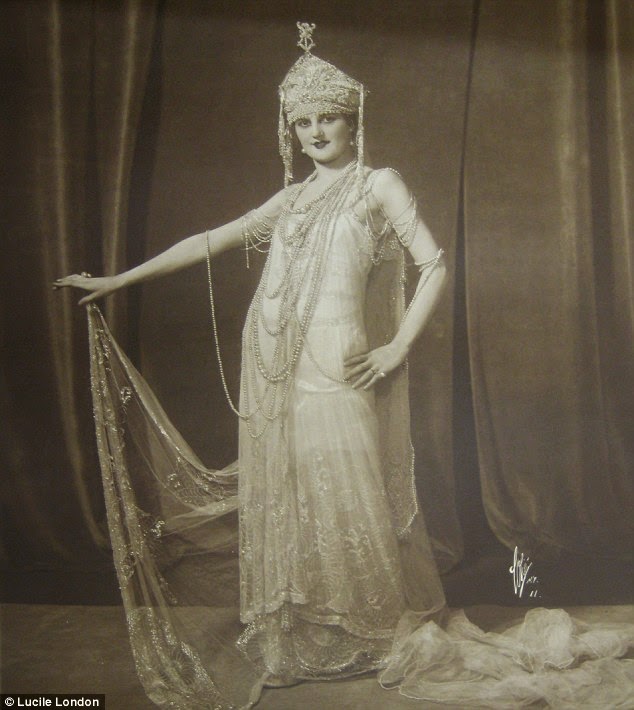 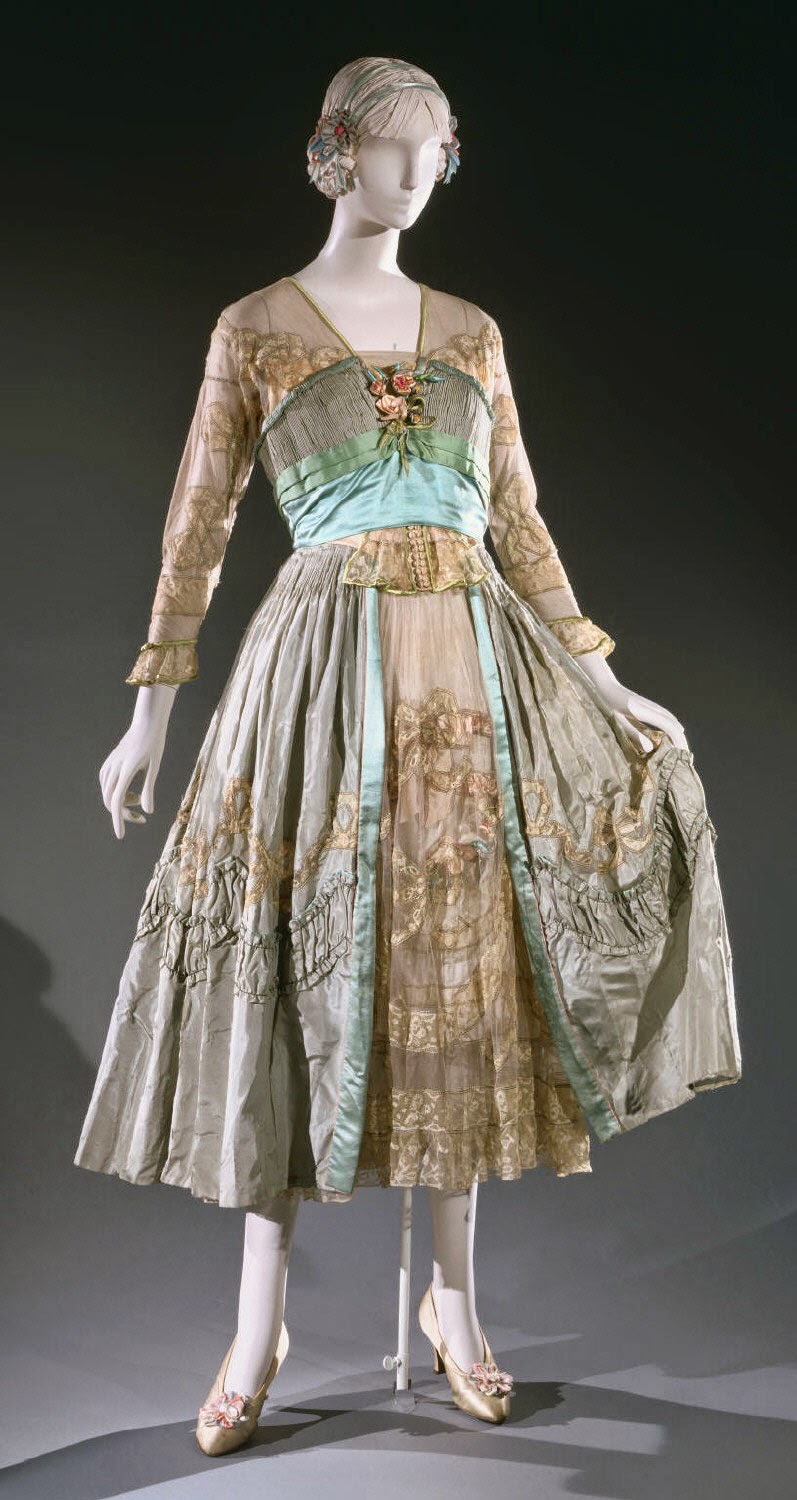 Without question, her most famous client was dancer Irene Castle, who wore her clothing nearly exclusively, and frequently had her dance costumes made by Lucile as well, like this fur cuffed, chiffon and lame' dress. 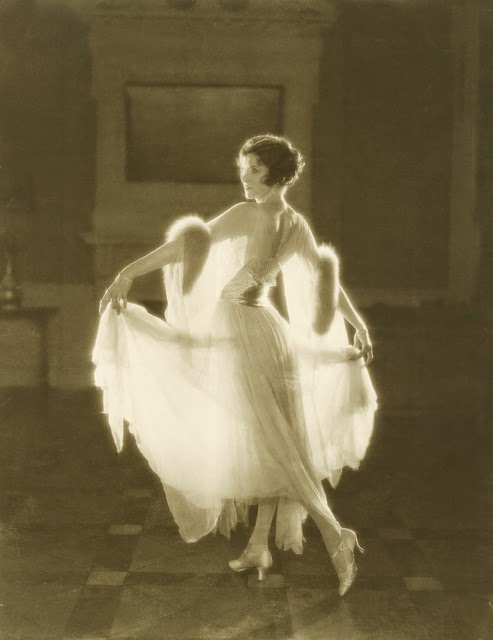 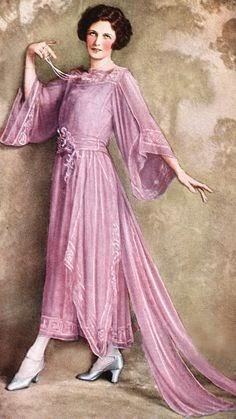 But, every now and then, her mind would produce something stark, clean lined, and fiercely modern in its aspect, like these two remarkable gowns, with their spare, yet operatic, draped shapes. 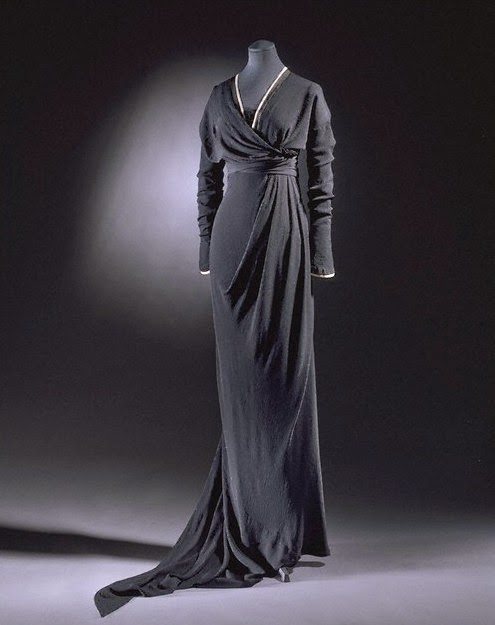 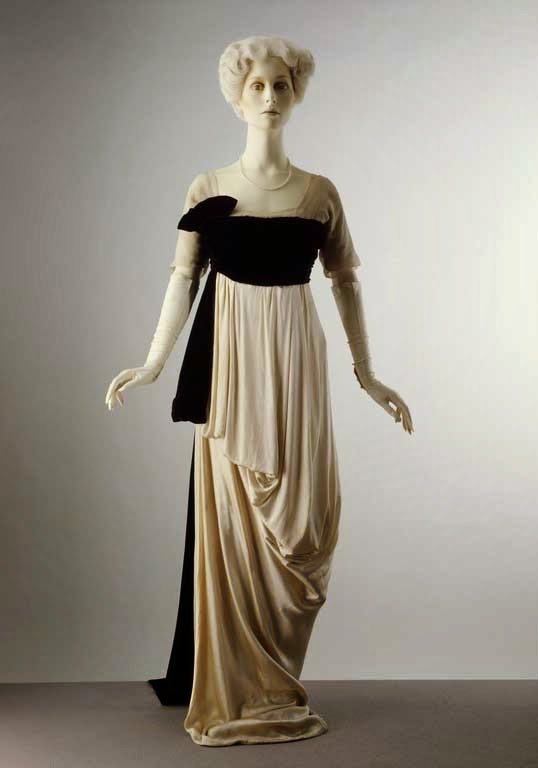 Her larger design career came to a sputtering halt after a series of legal problems and a good deal of damaging press coverage. By 1922 she no longer controlled the Lucile name, and designed from her home for select private clients, also working occasionally as a fashion columnist and critic.
One of the reasons her work appeals to me so much, is because she was one of the first women to really make it on her own internationally, as a business woman, and whose husband was quite at peace with his wife's having a career.
Posted by Paul G. Ellis at 4:21 AM