The polonaise style of women's dress involved the drawing up of the over skirt of the gown in two or three large swags, to reveal the underskirt.  It was considered a form of casual dress, since it facilitated walking, especially away from paved areas.  It was derived from the apparel of the peasant class, who routinely looped their skirts up while working in the fields or farmyards to keep them clean, and out of the way.  It also allowed the wearer to display the often lavishly worked underskirt, both her shoes, (and shocking thought), occasionlly her delicate, well turned ankles. 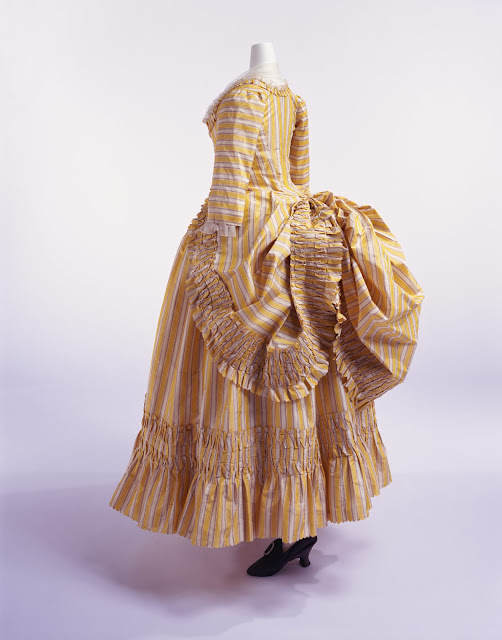 Sometimes this swagged effect was achieved by the lady's maid, who pinned it artfully in place; but as the fashion took hold, it became normal for dresses intended for use in this way to have tapes sewn into the waistline that would allow the skirt to be drawn up to whatever level desired, both easily, and quickly. 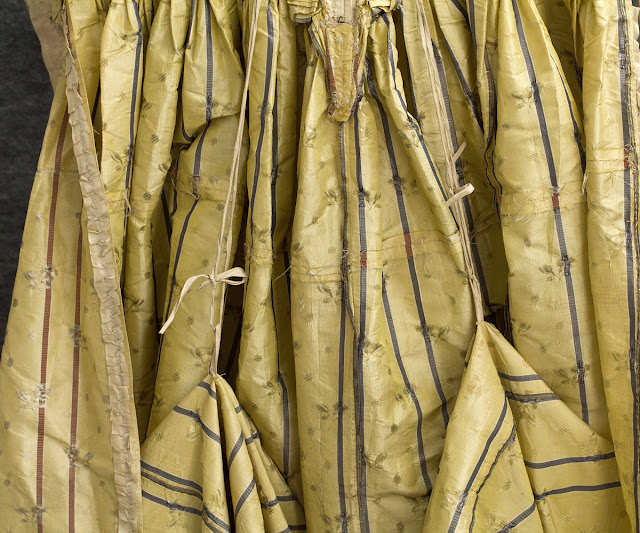 But there was a second change that was to my mind more important, and was surprisingly forward thinking, considering where French politics was about to turn.  The polonaise dress, which was a variation on what was called the Robe a la Anglais,  closed in the center front with hooks and eyes, instead of with a stomacher, as was the norm.  It was a dress, therefore, that a lady could, if she so wished to, get into and out of without the aid of a servant.  There were even, like the example I'm showing here, polonaise dresses that had their own boning, so a lady could eschew her corset, if she wished to.  So, in some ways this marked a great departure from the labor intensive process of dressing that marked the upper class. It became a kind of democratic attire. 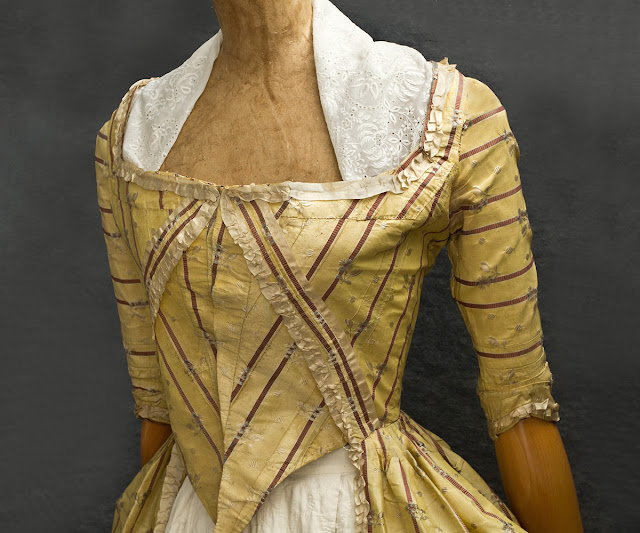 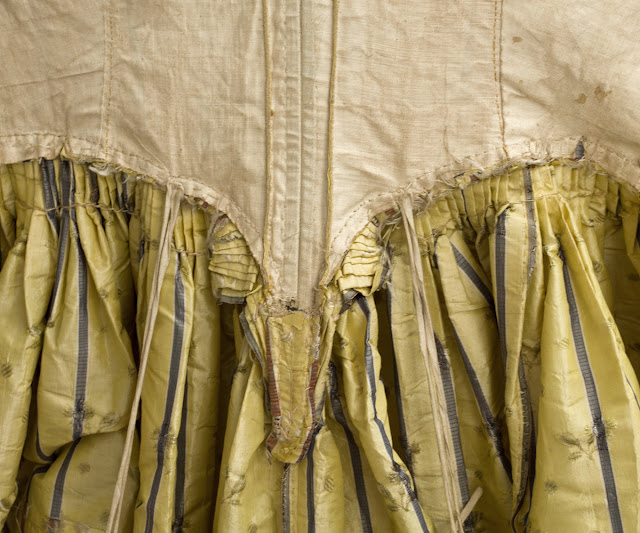 That said, was it actually a garment that leveled the playing field of apparel?  Of course not.  It was still most often worn by ladies of fashion who had no industry, and who treated this dressing of oneself as a novelty, not a relief. Also, I have no doubt that most of these ladies of fashion had their maids help them into and out of these dresses anyway, simply from habit, if not from a sense of the right order of things. 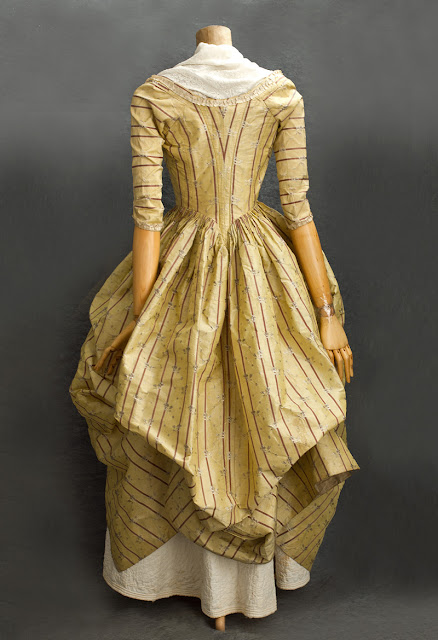 It was nonetheless a precursor to the changes about to happen, that would not only strip the wealthy of their servants, but would change, for a while at least, how we felt about presenting ourselves with our attire.  Clothing that was simpler, easier to deal with, and above all far less expensively decorated, was for the next decade, the norm. 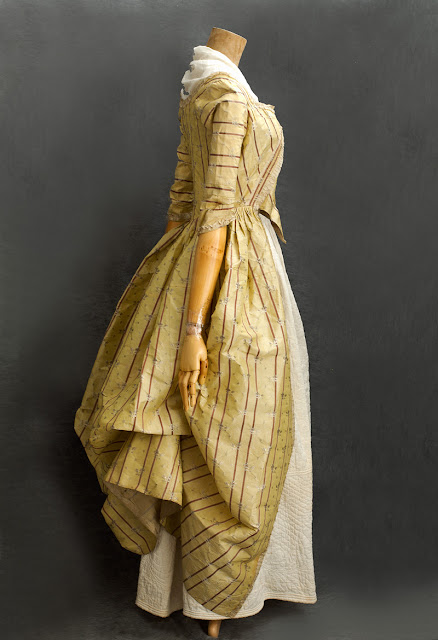 So a gown of like the polonaise was a step towards this egalitarianism of dress, though to our eyes we might not think so.  Of course the pendulum swung back to extensive decoration and overt display rather quickly, being the magpie species that we are.  We did, however try the idea of a simpler, more logical, and democratic apparel, on for size.
Posted by Paul G. Ellis at 9:28 AM