Manly Men, And Such

The apparel design community relies very heavily on a series of tried and true image sets for their presentation of what people should wear.  That is perhaps even more true for menswear than it is for women.  Its one of the few places where women actually have more freedom than men.
Most of those idealized concepts rely on traditional notions of masculinity. I suspect that's primarily because men still think it effete to consider their attire too much, so its got to look overtly, and acceptably manly, otherwise no dice. Since sales figures are the ultimate deciding factor, we get re-introduced to the same ideas again, and again, and again. 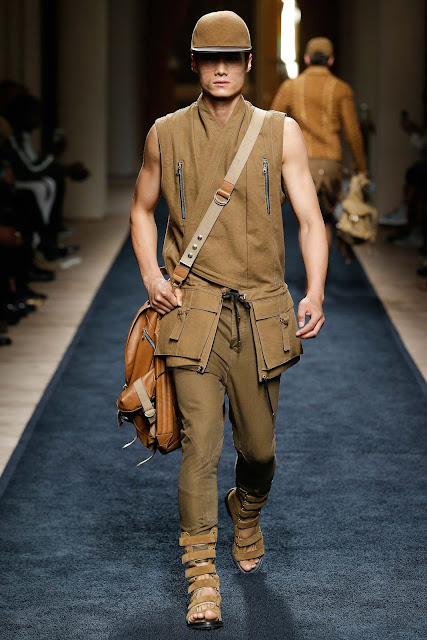 Recently, the design house of Balmain sent a collection of menswear down the runway that was a variant on one of these ideas.  The manly adventurer.  Of course because this is, A: couture, and B: meant for urban folk who do not engage in adventurous pursuits like stealing golden idols from hidden jungle cities, it is not quite an accurate a representation of the notion.  But all the essential ideas are there, giving it enough traditional masculine edge to make it appealing, but also acknowledging that there is a wink and giggle involved.  It doesn't take itself too seriously. 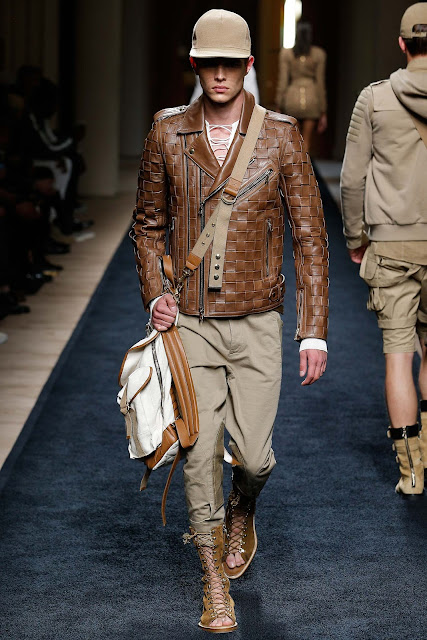 In fact, it couldn't take itself too seriously, and be fully successful, because a literal interpretation would not be visually exciting, nor would it feel new or challenging.  So it has to be tarted up a bit.  We have to know that we aren't actually expected to trek through a desert, or scale a mountain wearing these things. 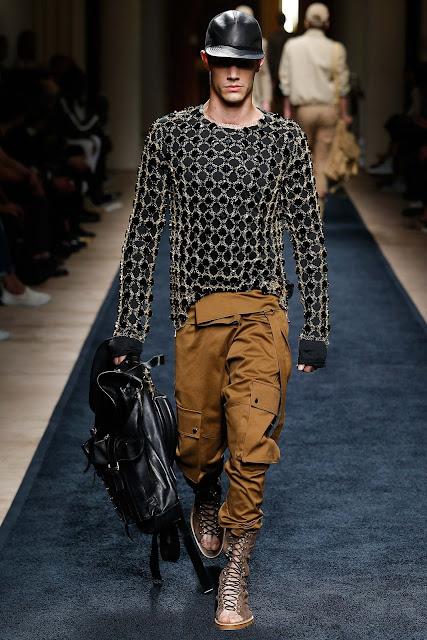 The real point is about comfort levels.  We, meaning us guy identified folk, need to feel comfortable enough with what we are looking at on that runway or we will dismiss it as too out there, or too, gay.  I've always found it interesting that within the male homosexual community there is a consistent desire to present classic masculine imagery through dress.  That has, of course, changed a good deal over time, but its still a powerful image set, and one that invests a huge amount of the apparel choices made by my fellow faggy guys, myself included, often.
Conversely, the heterosexual male community doesn't want things to be hyper masculine, because that too is perceived as being too gay.  So a blander middle ground is what gets sent out for review on a regular basis. 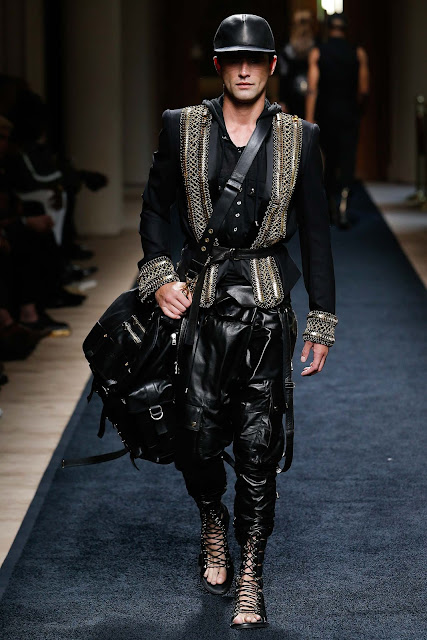 Sheesh, are we humans perverse or what?
As a matter of fact, we are.  But its also part of what drives our endless creativity, and our seeming inexhaustible desires.  Our ability to hold two opposing positions concurrently, is one of the great strengths, and weaknesses, that we as a species possess.  Its a huge part of our adaptability, but also blinds us to our own hypocrisies.   That kind of push pull, is what is present here in this Balmain collection of menswear.  It wants us to believe in the ideals of masculine behaviors, but only up to a point. 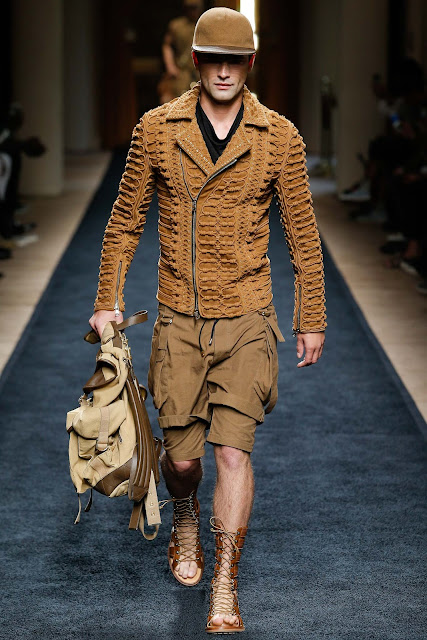 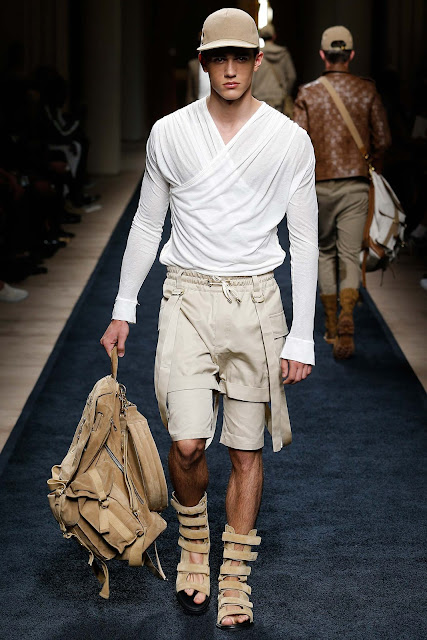