As we moved further along into the 20th century, we became obsessed with speed and modernity. Everything had to have cleaner, simpler lines, and be all about motion, especially forward motion.  In the apparel world what that created as a reaction, was one of the single most revolutionary garments for women, ever; the chemise dress, more commonly known as the flapper dress.  What made it revolutionary?  It was a simple tube, without darts, or a waistline.  Essentially it was a garment that could be made up in one piece, by folding material in half, cutting arm and neck holes, and sewing up one side.  There are examples of that out there, in fact, though more often it was two to four pieces, still giving the unrelieved tubular shape in the end. 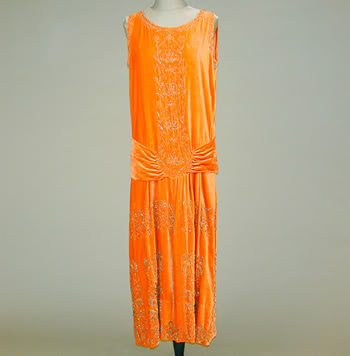 The other part that was so revolutionary was that at no time till the existence of the chemise dress, had women's clothing been so short.  The typical chemise, at its shortest, cleared the knee, though most often it was a bit longer than that. Its difficult for us in this day of supper short bandage dresses to imagine how shocking that must have been.  2000 years of women never exposing more than their ankles was blown away almost overnight, and we have never retreated to that point. 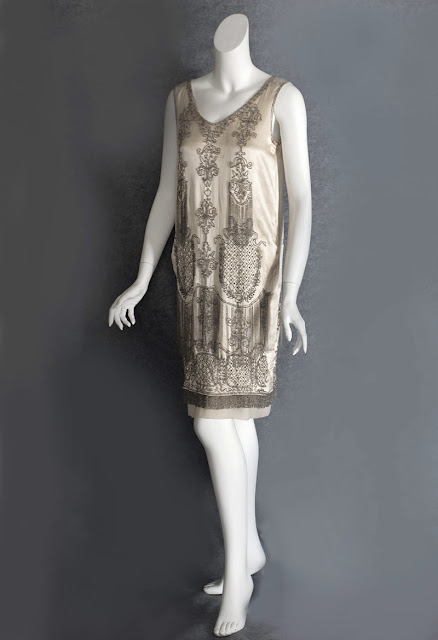 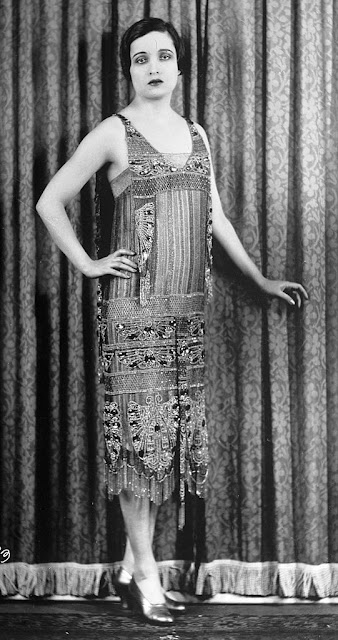 It was a physical manifestation of not only how fascinated we had become with technology, but with the increasing freedoms of women in the work force, and in 1920 in the USA, of the right to vote. Women were appearing in more and more professions, engaging in sports, and challenging old ideas about life roles with increasing frequency.  The chemise dress, with its ultra simple shape and ease of wear was the perfect  expression of that challenge. 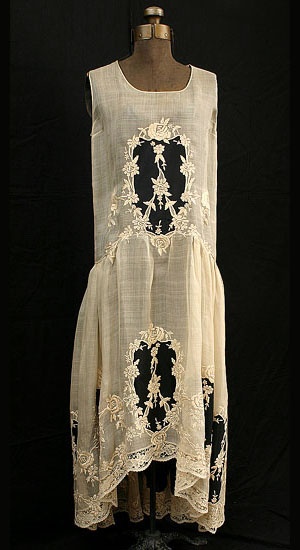 Of course that simple column get tarted up almost immediately.  Floating scarves, hip drapes, bows, ruffles, and most importantly beadwork all took position on the body of the chemise.  What made it so compelling to do this was this was a huge expanse of flat space that just ached to be drawn on, embellished, and otherwise enhanced.  The variety and lavishness of what happened was epic in its scope of creativity.  And for so much of it, the ultimate goal was to look great while dancing.  So fringes, glittering rhinestones, glass beads and sequins became the go to adornments for literally millions of dance dresses and other frocks. 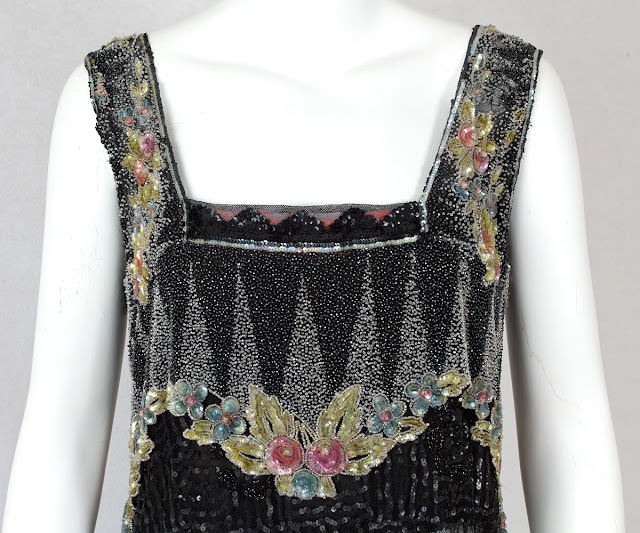 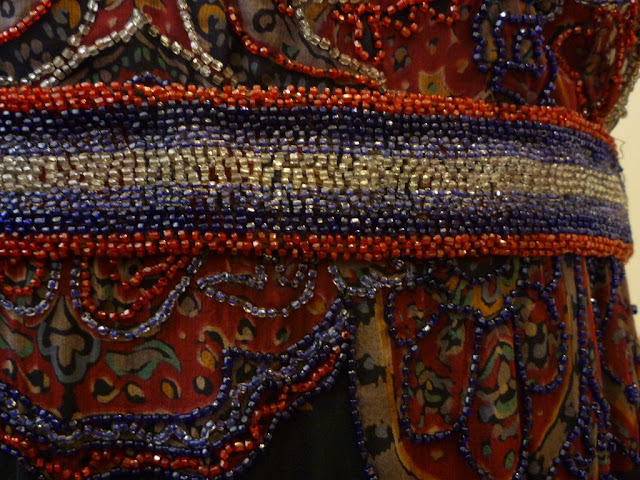 The truly shocking thing is that given the utter simplicity of the idea behind the chemise dress, it never happened before.  But once it did, we have returned to it endlessly, for its ease, grace and boundless capacity for decoration.
Here are some examples to drool over. 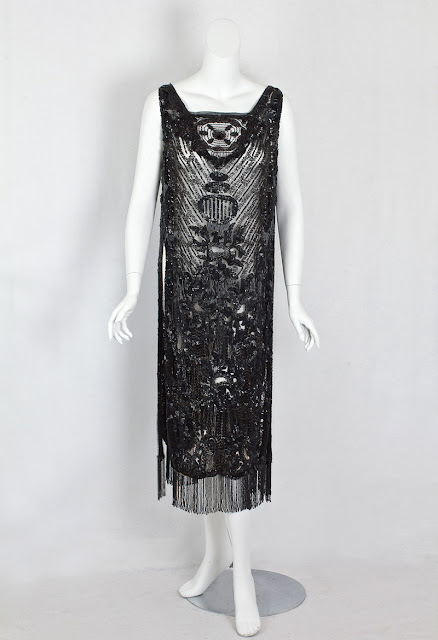 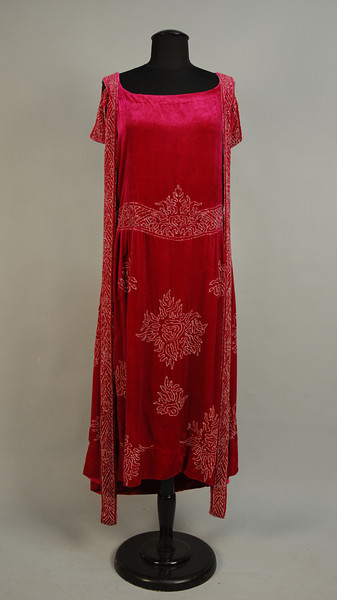 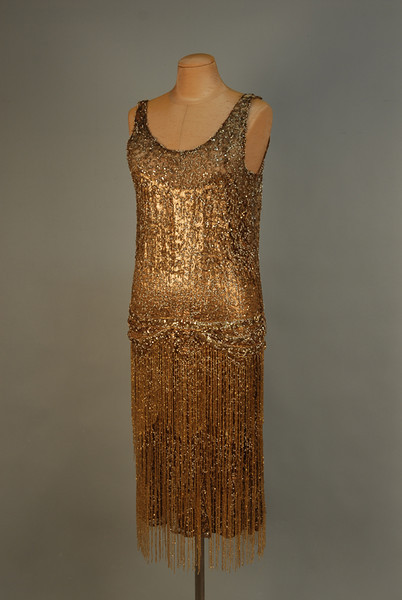 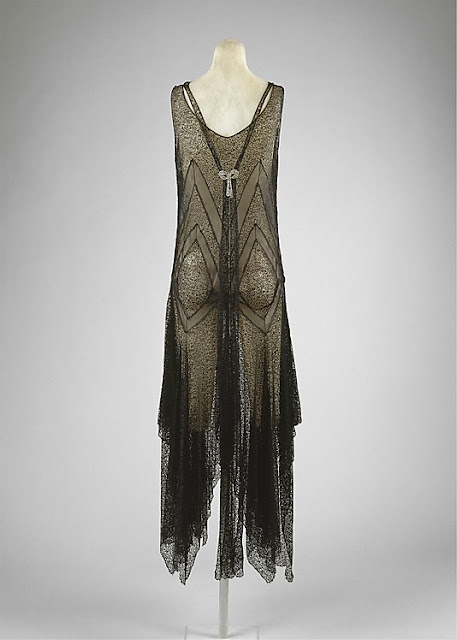 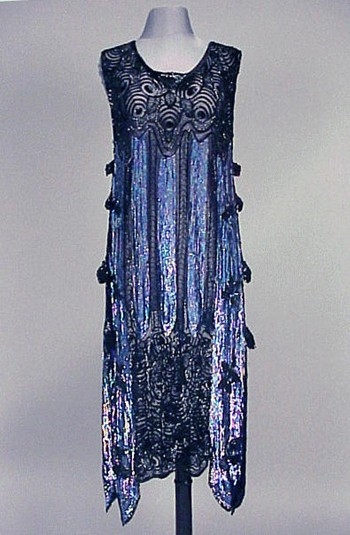 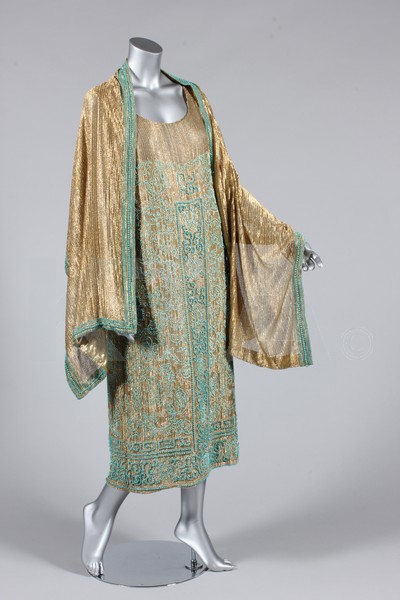 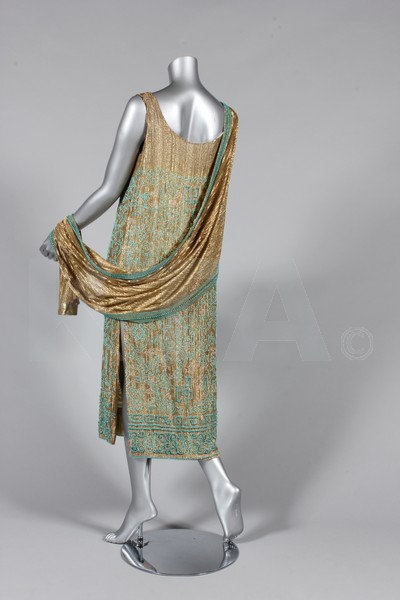