I'm not going to go to the obvious points here about the avant garde, or the gender free movement.  I've written enough on those subjects of late.  Besides, the images included here are self evidently those things.  What I want to talk about here is the concept of lyricism.  Though its true that for the majority of the words in the apparel dictionary, a lyric quality is absent, there are times when, through the clever use of individual garments, or because of the nature of those garments themselves, that what is communicated takes on an artful, poetic, and nearly musical aspect. 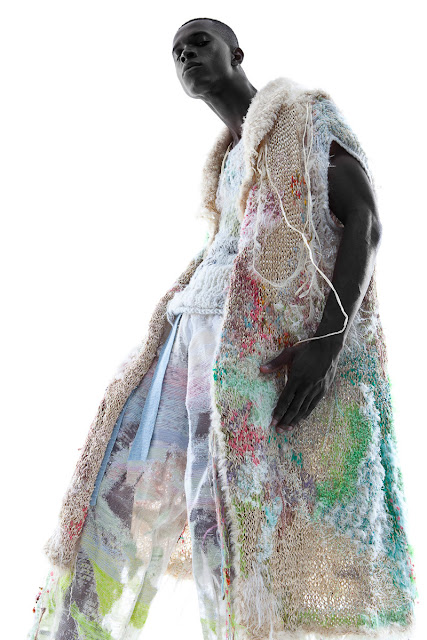 Most often we are likely to see such things in art to wear clothing, or costume designed for dance or opera.  But this work here pictured, by designer Ka Wa Key, has all the elements that create clothing that is almost mystical in its impact.  The combination of form, texture, volume, and coloration is masterful, yet seems almost organic, as though these things simply occurred of themselves, rather than being devised by an artistic eye, joined to talented hands. 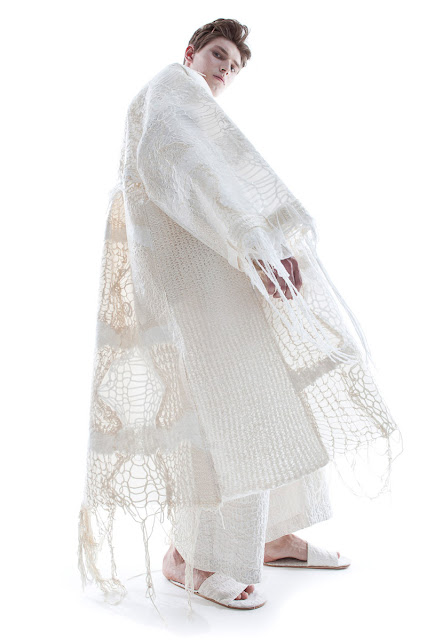 Can we, as simple citizens bring some part of that to our daily sartorial converse?  Of course we can.  What does require time, is learning what and how to put together to achieve it. 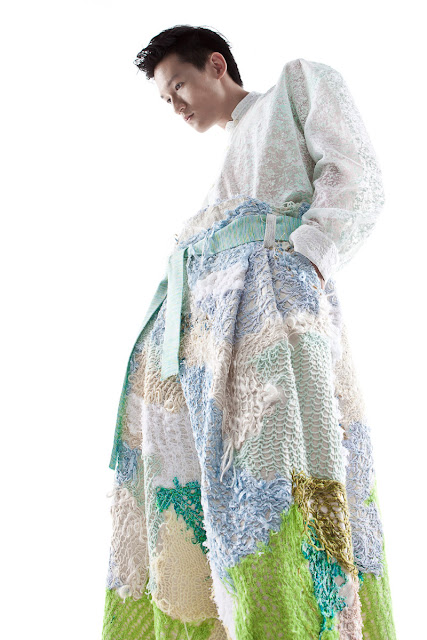 I will certainly champion the attempts of anyone to draw a more artistic, expression into their clothing, even just the addition of a well draped shawl or scarf can do it.  But the most important thing is, to try, to stretch oneself to express more, and more deeply than before. 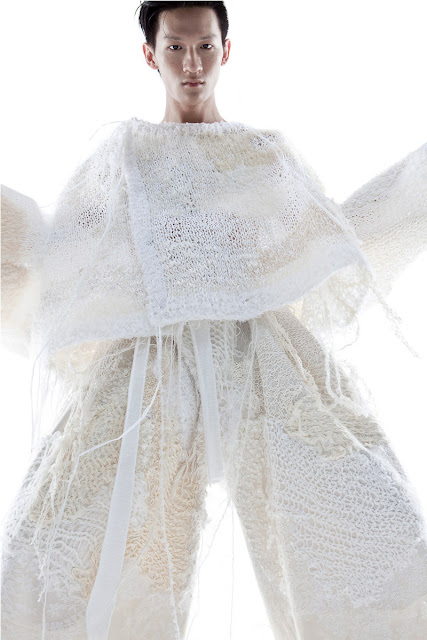 If we are to move ourselves forward with some grace into this global world we are about building, conveying our thoughts and feeling with more eloquence can only be an aid.  I've written before that I feel that Attire, as a semiotic communication form could play a much larger role in that transition than it does currently. 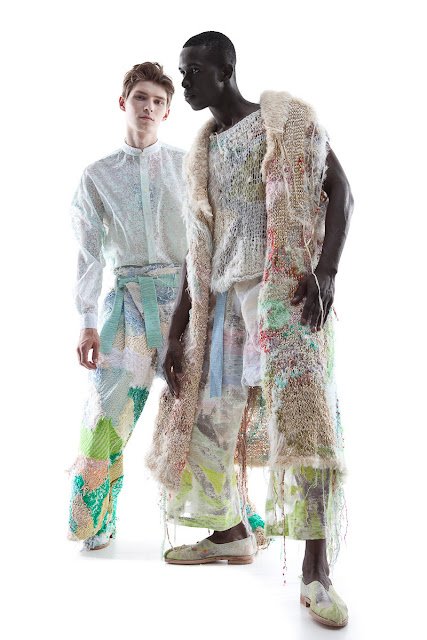 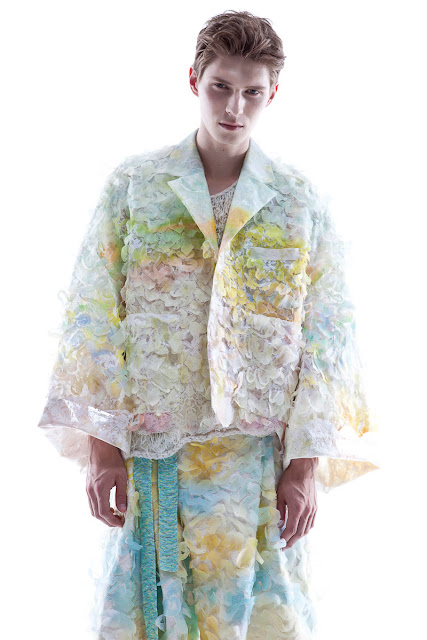 Perhaps what has been the missing element, is lyricism.
Posted by Paul G. Ellis at 9:01 AM