The mantle, as a garment, is one of those concepts that has fallen out of current usage in the Attire language, but there was a time, prior to the 20th century where for nearly two centuries it was an essential item of women's dress.  Typified by a close fit around the neck, it is basically a shawl that is given structure to hold it into position.
Mantles were made up and worn by women of all classes. In fact, they were very common to the lower classes, since the amount of material used was minimal, and they could be plainly trimmed with low cost.  As well, they were quite versatile, being useful for outdoors from dawn to night, and from shopping at the green grocer, to going to the theater.  So, a woman of middle class means probably had two or more mantles, saving one for very dressy occasions.  Mantles were also worn indoors as a method of keeping warm in often unheated homes, so as a useful garment, they were enormously popular. 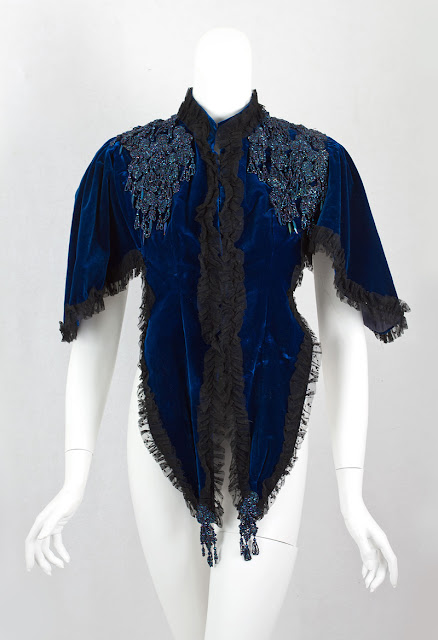 We are fortunate that so many examples of them survive.  This is due, I believe, to two things; first that they got gentle use, since they receive no structural stress during wear, and second that the amount of material used meant that cutting one up for re-use as something else wasn't viable.
The example here is an elegant one, for a lady of middle class affluence, that she could have worn for visiting, or for less formal evening occasions.  The body is brilliantly blue silk velvet, and the lining is a matching silk.  The trim edge is pleated black machine made lace, and the lavish beadwork is appliqued ready made pieces of iridescent rocaille beading. 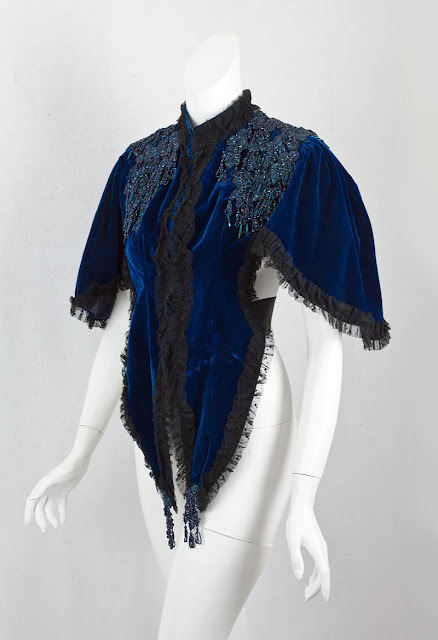 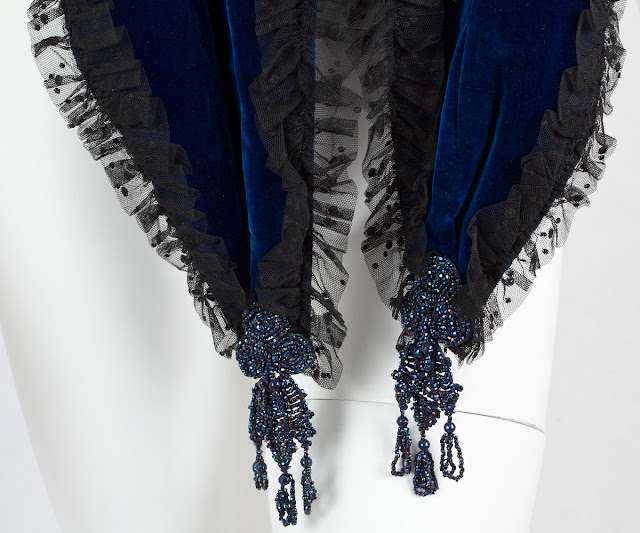 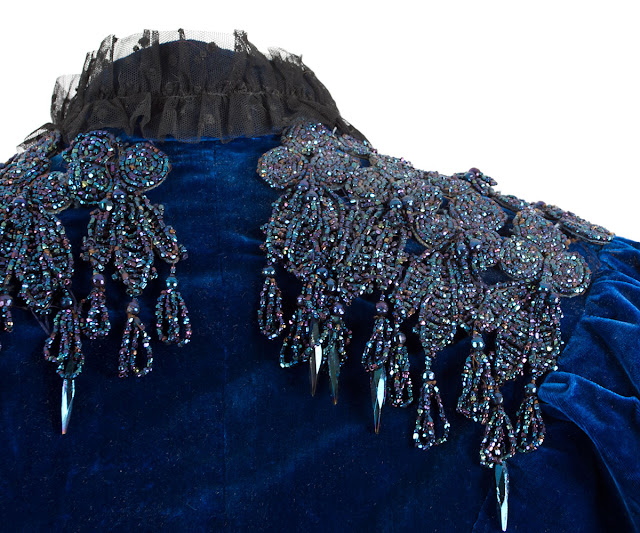 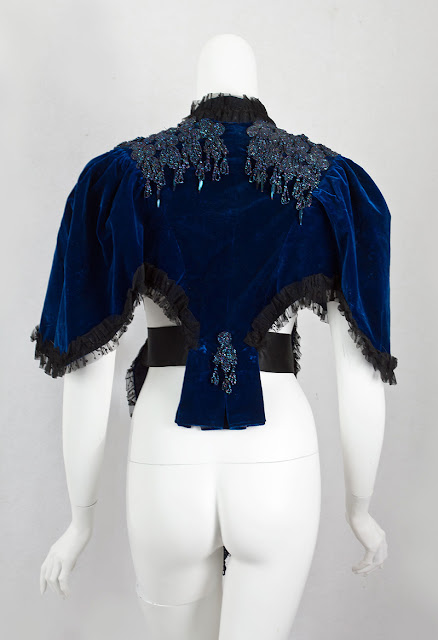 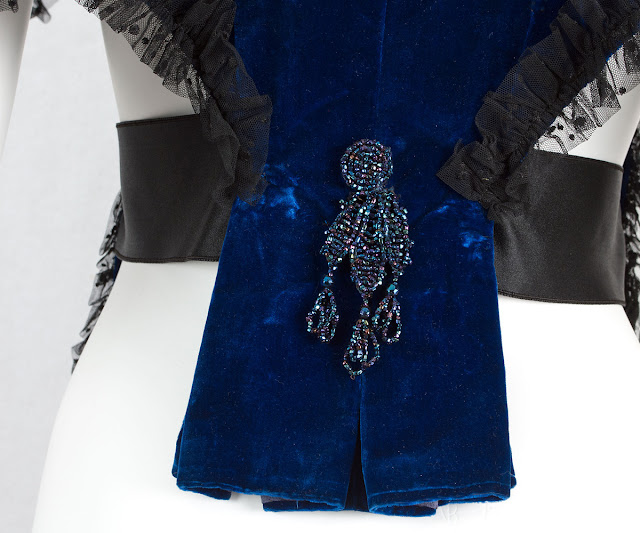 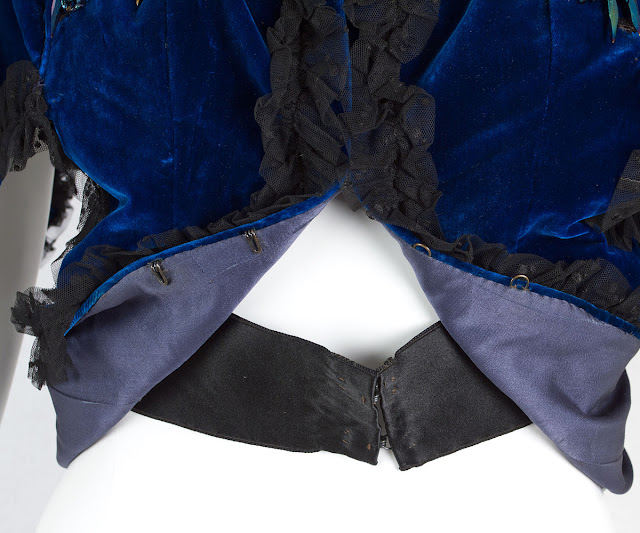 Its funny, really, that an apparel item with so much utility, and versatility, dropped suddenly out of use at the turn of the 20th century, never to return.  I can envision updated versions of this being extremely useful, and adaptable to anyone's lifestyle needs.  Can you say phone pocket?

With thanks to www.vintagetextiles.com for this glorious piece.