Over the past few days I've been talking about the myriad of people involved in the various aspects of producing the clothes we wear every day.  One of the interesting things is that, the more advanced we become, the longer that chain is, till we get all the way to the couture realm.  The ready to wear world that I was talking about, produces well over 90 percent of the clothing worn in the world now.  Even tribal peoples, mostly cut off from the retail economies of the globe, are wearing machine made garments, though they are often charity donations. 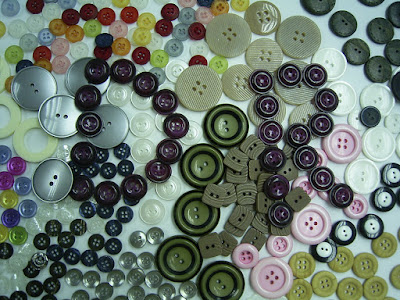 In that same level of production, the notions and trimmings used are almost always machine produced, and reliant heavily on petrochemicals.  Plastics create the bulk of the closures in use, from buttons to velcro.  But, as we get into the pret-a-porter level, and higher yet, the amount of custom, or handmade notions arcs up dramatically.

What that means, in relation to those last few posts I've done, is a steady increase in the number of people from wide ranging disciplines whose hands will be either directly, or indirectly involved in the creation of a garment.
Buttons might be hand carved from animal bone. Custom buckles might be commissioned. Careful dye processes, like ombre' effects could be required.  Elaborate cording or trimmings may have to be custom created, by hand, using very old techniques.  Complex pleating like sunray pleats may be ordered to finish part of a desired garment. And lastly, the work of embroidery artists can be needed to add the level of fantastical texture and sparkle to some designed creation. 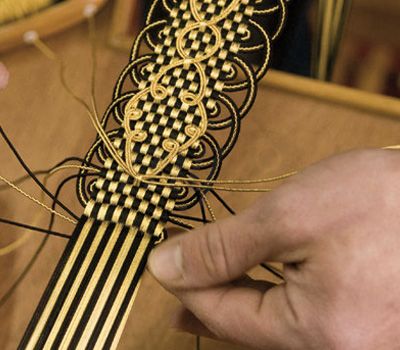 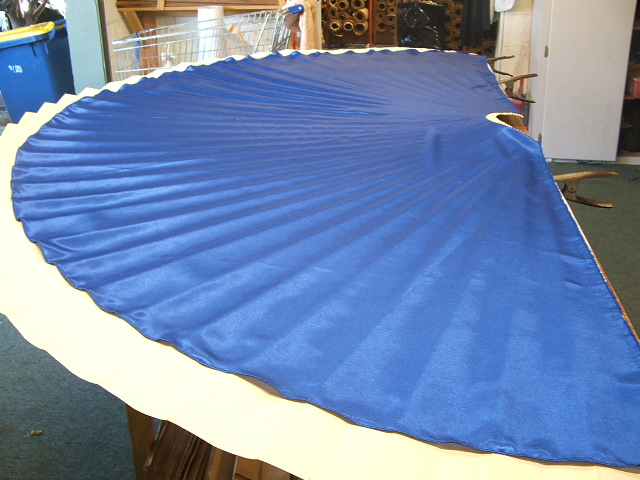 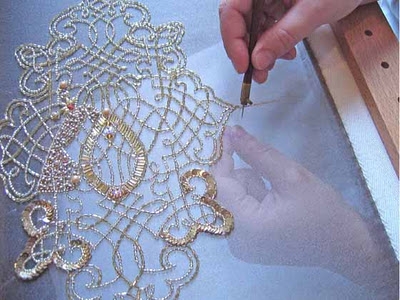 Each, and all of these people is a specialized technician, having worked years acquiring their skill set.
So, where once cloth is made, and the required notions gathered together in the RTW world, roughly 12 people might have their hands on a garment under production.  In the pret-a-porter world that jumps to 30 or so. When we enter the couture level, a single top of the line evening dress could have had the skilled labors of over 50 people, and hundreds of hours involved in its completion. 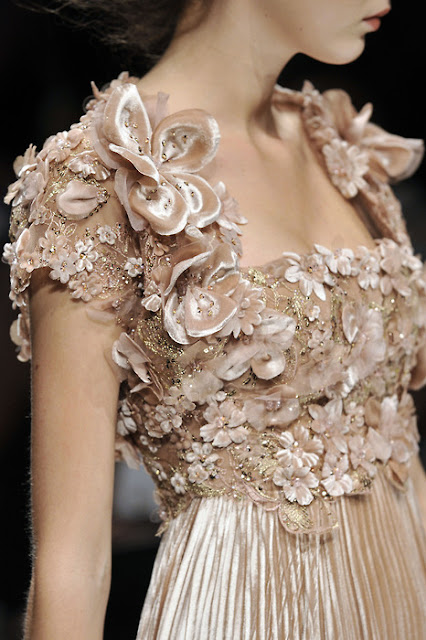 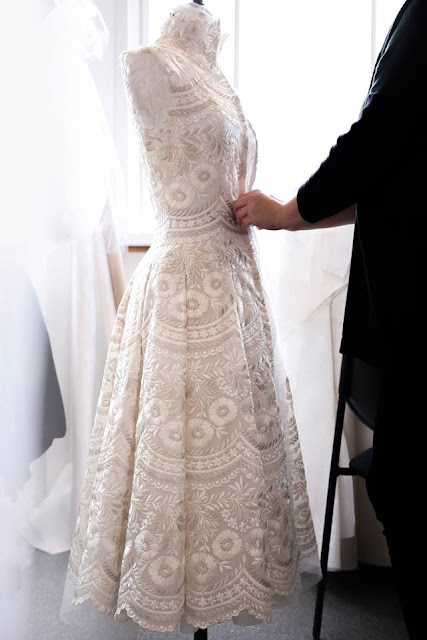 The couture house of Valentino is one of the last remaining houses that does nearly all their work by hand, in house.  Almost every other couturier sends large portions out to various locations for their making up.  This is primarily a cost cutting measure.  When Couture houses had client lists in the hundreds and thousands, it was reasonable for them to employ the dozens of people they needed to create the work.  But couture client lists have shrunk to the point where this is no longer viable.
When you add to this the increasing presence of computer augmented robotic production, we are quickly reaching a tipping point.  We have gotten ourselves to the maximum number of persons possible to be involved in the process. From here on, as robotics and computers take more and more strong a position in the production chain, we will see a consistent drop in the number of hands touching, working, and moving the clothes we wear to the racks of stores all over the world.
Sure, this will be seen in one sense as efficiency, and cost cutting.  The impact, particularly in countries where the economy is based largely on garment production, like India, China, Korea, and Malaysia, will be severe, as people have to scramble to find other work in other spheres. 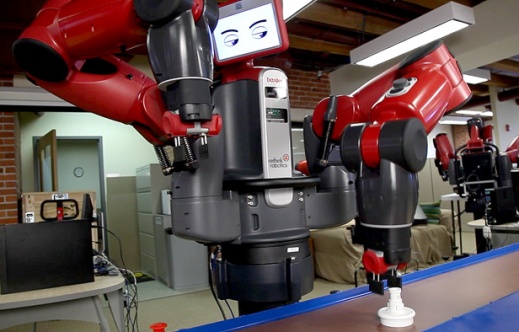 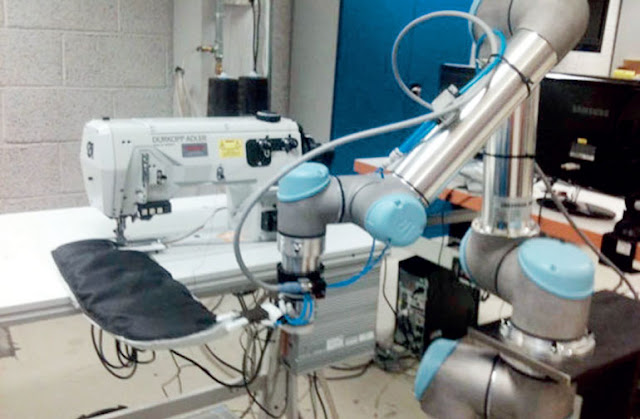 Is it right that we put a stop to this forward motion of mechanized production in favor of continuing with the older method?  Certainly from a moral standpoint, that is a difficult question to answer.  So many of these garment factory workers work in appalling conditions for minute wages. But without this work, they would have nothing whatever.  So how do you choose?  And who decides?  The observable reality is that every time a new technology has appeared, for good or ill, it stays until its usefulness is exhausted.

We are looking at a massive change in how things happen, how the Attire words we use get to us.