41 year old Lebanese designer Nicolas Jebran began his couture business in 2001, in Abu Dhabi, and has since gone on to dress performers all over the various Arab states, and elsewhere, including people like Katy Perry.  If you are a closet superhero, criminal genius, sorceress, android, or just a
plain old drag queen, you're gonna love his work. 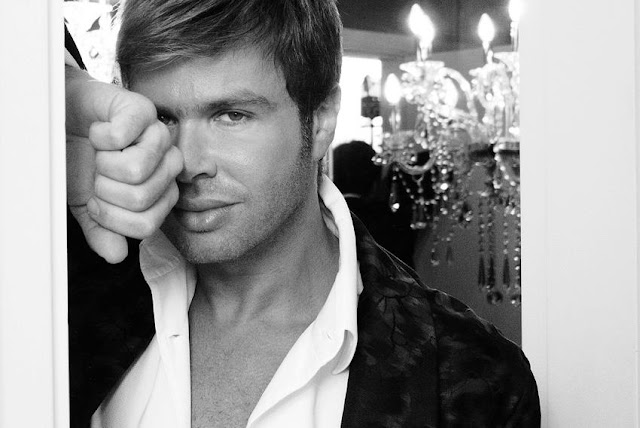 Now, when I say that, I mean it entirely as a compliment.  Not everyone wants to be straight up chic.  Some people need a bit of something extra to get them to where they feel comfortable.  Some folk require more from their apparel, to be able to live up to the strength of their personality, or their persona.  For those extraordinary people, designers like Jebran need to exist. 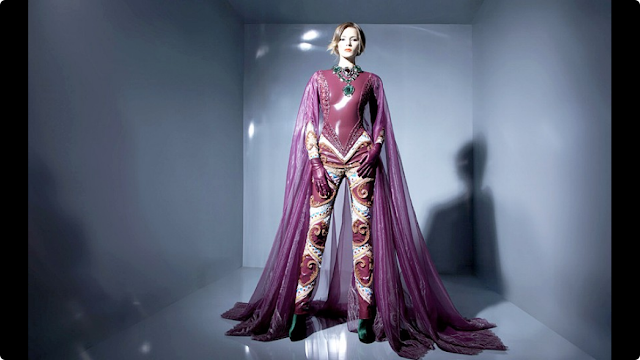 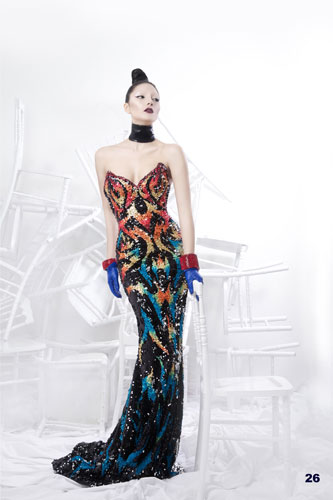 Part of what I find interesting about his work is that it is boldly dramatic, brilliantly colorful, sometimes daring of cut, but very rarely is it vulgar.  Somehow he scampers across that tightrope featly. When something is body skimming, its as snug as a coat of paint, when its got volume, you could store a village in it.  When its brightly colored, its clearly visible from space. 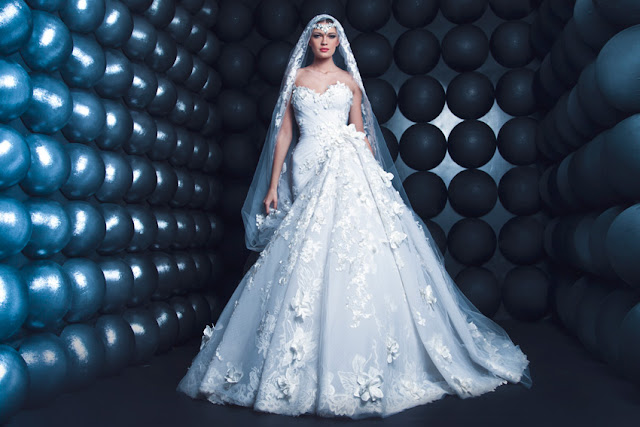 See, fantasy is an intrinsic part of what Attire is about. We need it in our apparel to help us express our inner longings. Those concepts of ourselves we might not have the courage to do in actuality, find voice in the clothes we wear.  It might be something as simple as a love of camo prints, because you fancy yourself as a fearless soldier, or a mighty hunter, even though you can't shoot a gun. 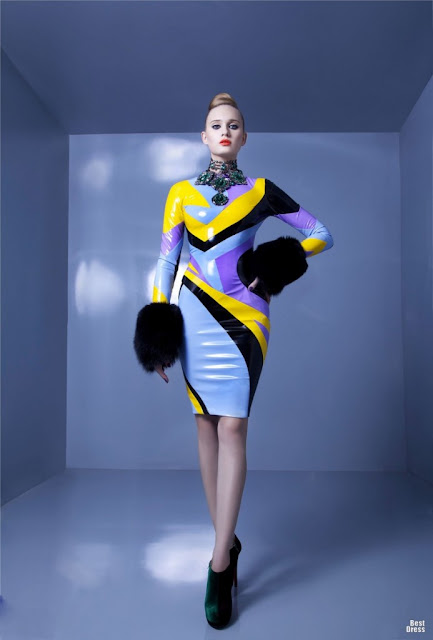 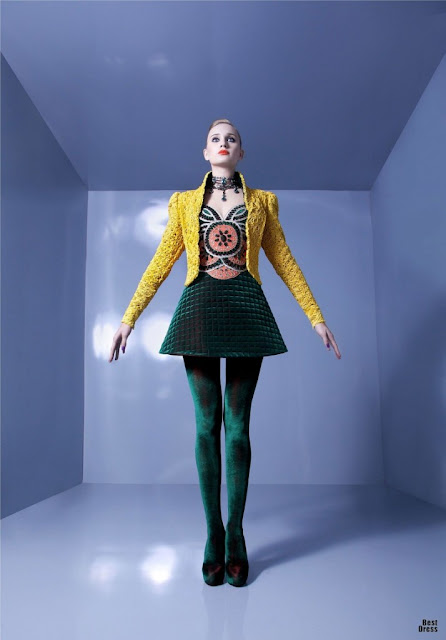 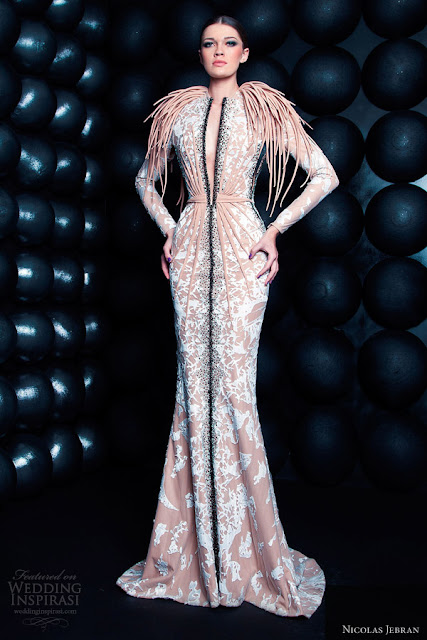 Whatever your internal stories are,  there are items of apparel that can, and do operate as external signals to others of what that story is. Your choice of bag, shoes, hat, all contribute.  The logo t shirt you chose today, the sort of colors you mix, and the style of your pintrest nails can all tell parts of this tale.
So designers like Nicloas Jebran are taking this notion of fantasy and making it the prime motivator for their work.  They take our need to communicate these deeply held ideas of self, and make them come to the surface in their entirety, rather than in bits and pieces as most of us feel comfortable with.  Its part of why many find such design work difficult to deal with.  Its simply too in your face, too loudly proclaiming for ease of mind. 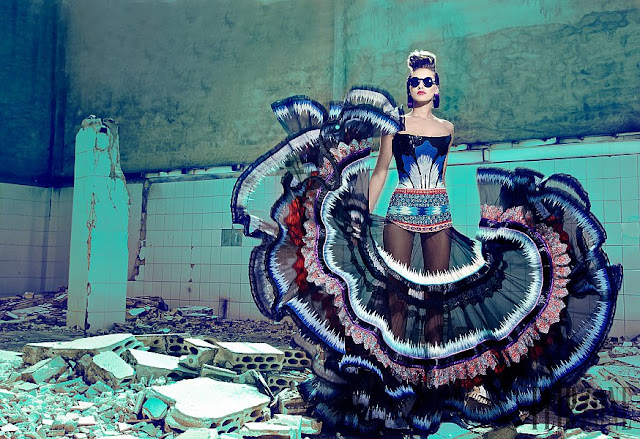 But for those whose story must be told in full voice, Mr Jebran, and many other designers stand ready to help them speak out.