I have mentioned before that there are words that drop out of usage from the Attire language.  The concept of a dressing gown is another one of those words that, post mid 20th century, fell quickly out of common, and by now have disappeared from the daily dialog. 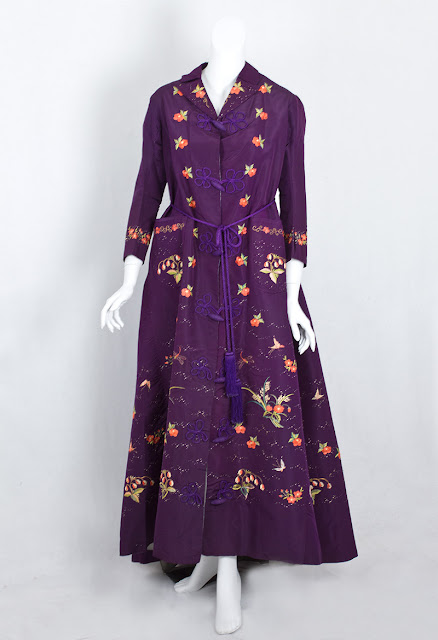 This example of a dressing gown comes from the 1870s, when the process of dressing for the day, was far longer, more complex, and usually requiring assistance from family, or a servant.  So, even during its commonplace use, the dressing gown was mostly an item for the middle and upper class.  This intensely purple dressing gown would have been worn by a stylish middle class lady, with somewhat advanced tastes, given the hue of it.  Such a gown would also have been deemed appropriate for a lady to entertain her intimate friends indoors, perhaps at tea. 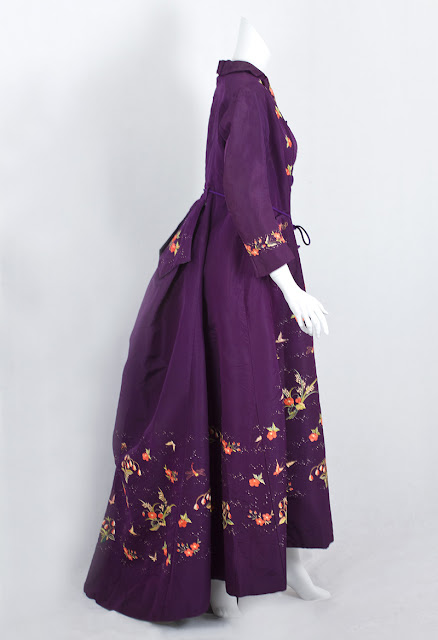 It is designed with a bustle shaped back, because as the dressing process continued, milady would don her bustle and underskirt, after getting into her corset, and sit back down to have her hair dressed.  So the gown had to be able to accommodate that. 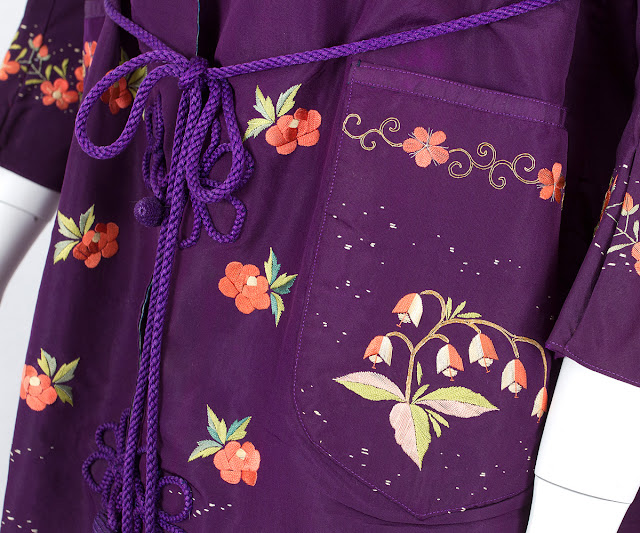 This is a Chinese import piece, since the embroidery work is all Chinese. Worked with flowers in tones of peach and coral, and leaves in several green shades, the embellishments give a nod to Western tastes, while still remaining true to the Chinese aesthetic. The regular and vigorous trade to and from China was enhanced by the constant flow of garments and accessories designed for the Western market.  And though this was an import, it would still have been well within the range of a middle class income. 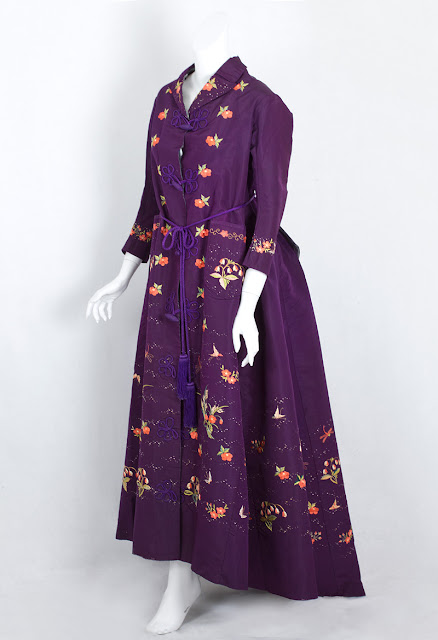 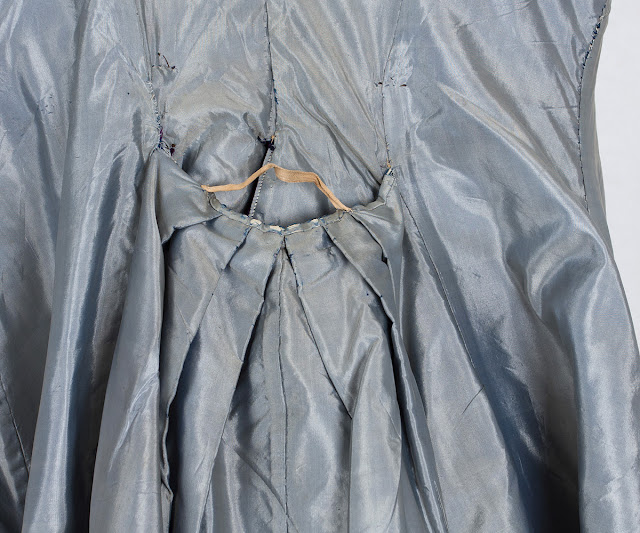 The body is entirely of purple silk taffeta, with a full lining of pale aqua silk.  The closures are the typical frog closures of Chinese apparel, and the belt is a matching cord, with tassels.  Another interesting thing is that its clear that most of the construction was machine done, as evidenced by the close top-stitching of the pockets, and the tails on the gown's back.  This would have helped keep the cost down, making it more affordable for the middle market. 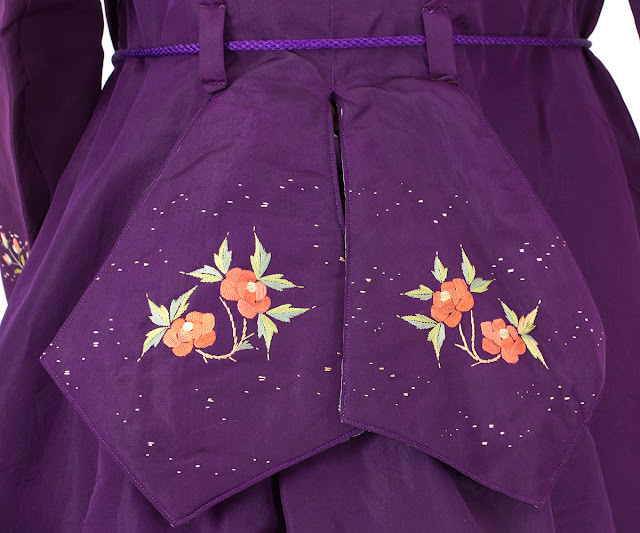 All the ever growing numbers of clothing retail establishments carried such goods in large quantity to fulfill the passion for exotic imported goods then in vogue.  This is a splendid example of the kind of thing you would have found in such shops.  And a wonderful look at a word we no longer use in our servantless, too busy world. 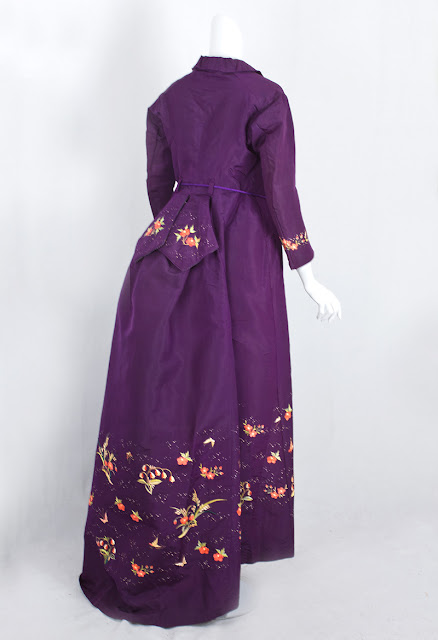