Alexander McQueen as a design house has had, since its inception, a fierce edge, and a desire to hurry us all along the twisting pathway of the Attire conversation, by continually challenging us to think differently.  This is no less true now, under Sarah Burton, than it was under McQueen himself.  And one of the areas where the push is hardest, as it seems to be pretty much across the board in the apparel design world, is menswear. 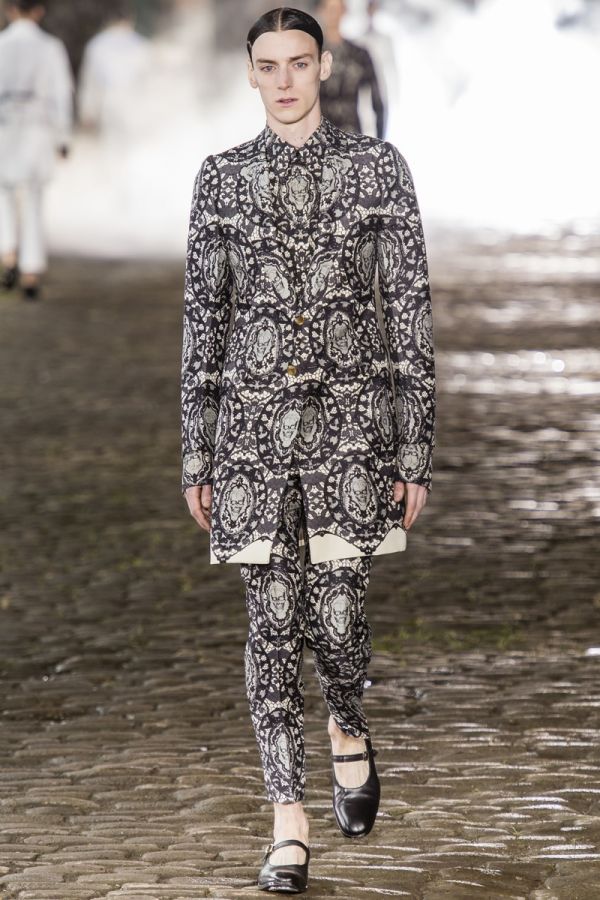 Perhaps its simply that menswear as a category has been so stuck, for so long, in its own structural traditions, and colors.  Perhaps its that, as we globalize further, we are realizing that men have been restrained right along with women. Or perhaps its simply a monetary driven choice.  If we design a wider range of things for men, they will have more things to buy, and we can make more money.  Simply producing an endless array of chalk stripe suits in navy, and gray isn't going to generate enough sales anymore, especially since fewer, and fewer men require suiting for their daily life.
Sarah Burton has chosen an interesting manner in which to address this.  By taking the existing
forms, and either adding elements, or injecting unexpected textiles and patterns, or by shifting the volumes, and proportions hither and yon, she's making the new clothing both understandable; since the baseline visual terms are the same, and energetic, which so much menswear these days is decidedly not. 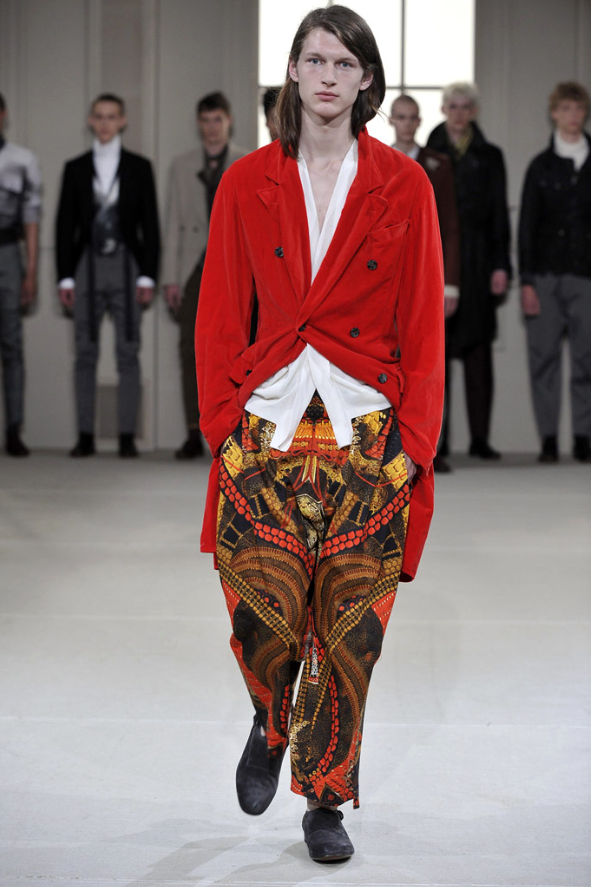 I've written before about this slow and steady erosion of the edifice of menswear tradition.  Design houses like McQueen are helping that process along.  As we continue to have further discussion about gender fluidity, and as we continue to interlace ourselves across national borders, that process is very likely to gain considerable speed. 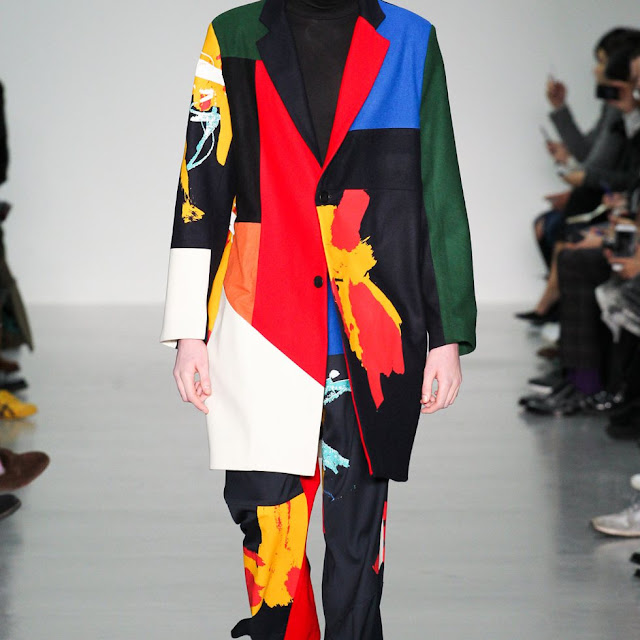 From a sociological standpoint, one of the things I find fascinating is that, though skirts for men in the Western world have been getting trotted out since before the beginning of the 20th century, its only now that they finally seem to be gaining any footing.  Why is that?  It's because more and more men are finally thinking of themselves differently than they did, their own internal boundaries are relaxing at last, as they become more comfortable with the idea that being emotional, tender, and nurturing is, not antithetical to masculinity, (whatever that actually is).  Similarly, as more of the world becomes comfortable with indeterminate gender persons, the need to be visually binary in approach is lessening. 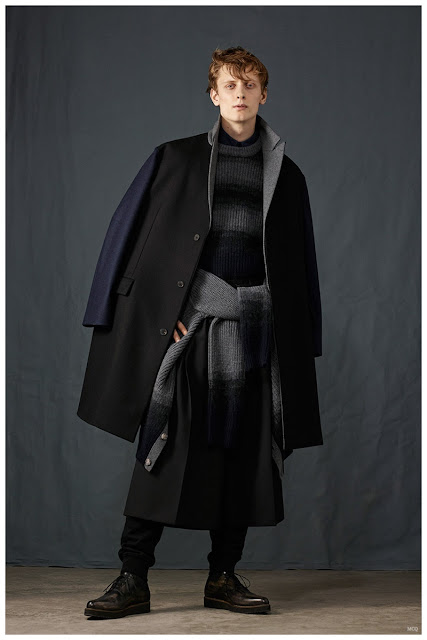 Part of the role of a design house is to express in 3D, the thoughts, emotions, and aspirations of the people they wish to serve.   A good design house not only follows, but to an extent leads, by showing their potential clients not only what they think and feel now, but how they may think and feel tomorrow. 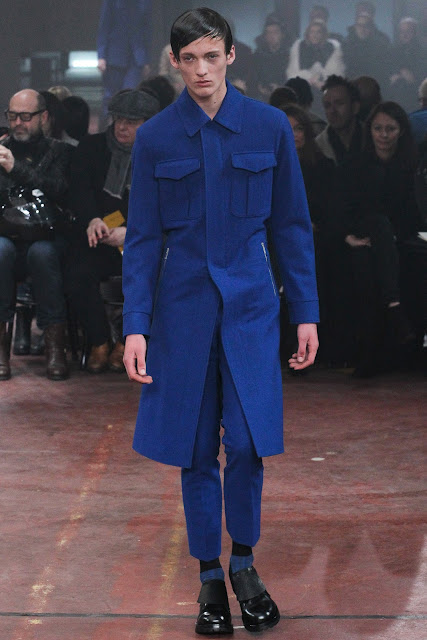 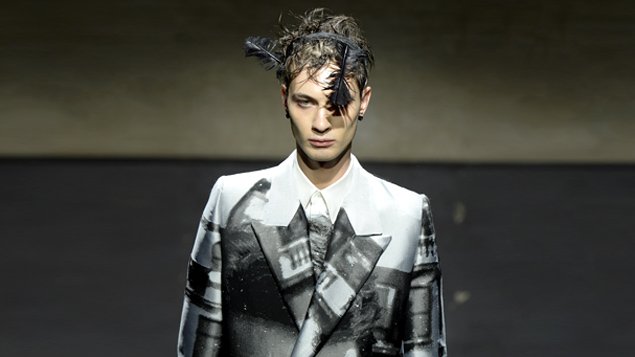 Alexander McQueen has chosen to give us this image of our someday soon internal state.  Bravo.
Posted by Paul G. Ellis at 8:21 AM