Like so many designers of clothing and costume Walter Plunkett trained in another field entirely.  He studied Law, but soon found he was more interested in theater, so he shifted to acting, costume, and set designing.   What makes him interesting is that the primary focus of his 150 film long contribution to Hollywood, was historical drama.  He was without question THE go to guy if you wanted your film to look historically accurate. 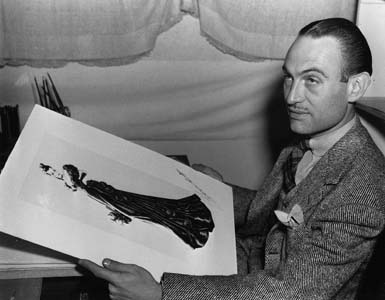 Was his work relentlessly accurate in its portrayal of the various periods he designed over time?  Nope.  No one's was, really; and it rarely happens today.  What he brought to his work though, was an intense understanding of the aesthetics of the periods he designed.  He "got" them in a way many others did not.  Though he made concessions to the need of Hollywood to put their stars out there in ways that were still accessible, and understandable by the public, he stayed as close as he could, to the time and place.  Where someone like Gilbert Adrian, brilliant as he was, indulged in more fantastical visions of the past when it was required of him, Walter Plunkett remained the most sought after designer when it was accuracy you needed. 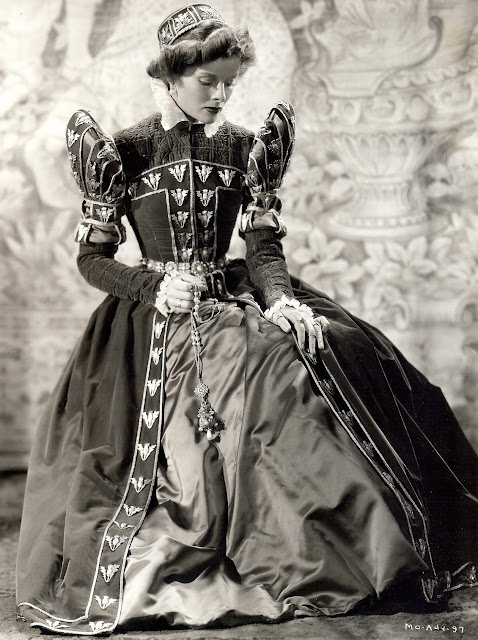 His work on Gone With The Wind is considered to be extraordinarily on point, though it wanders from fiercely accurate, to wildly inaccurate. Interestingly, its in the costumes of smaller character roles and extras, where the level of attention to historical honesty goes up significantly. 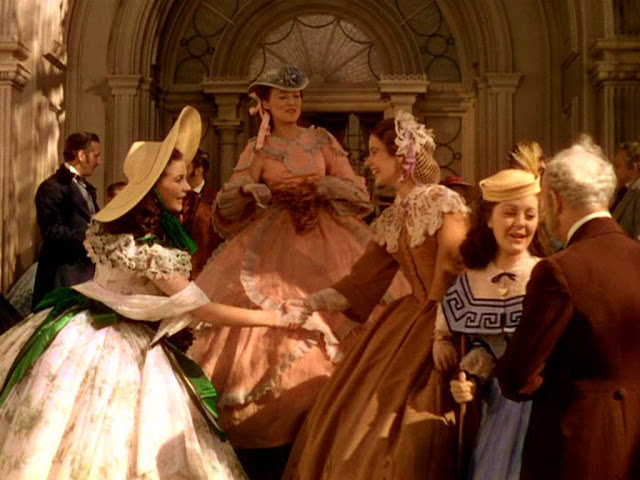 When we get to Scarlett and Melanie, well, the desire to move story forward, and promote these two actors for their charms, overrode the need to be precise.
The most egregious failure is also one of the films most important costumes, the red dress Scarlett is forced to wear to the birthday party.  Apart from its vestigial bustle, it bears no relationship whatever to the fashions of the time.  It is, however, a massively potent piece of theater, and as such a huge success. 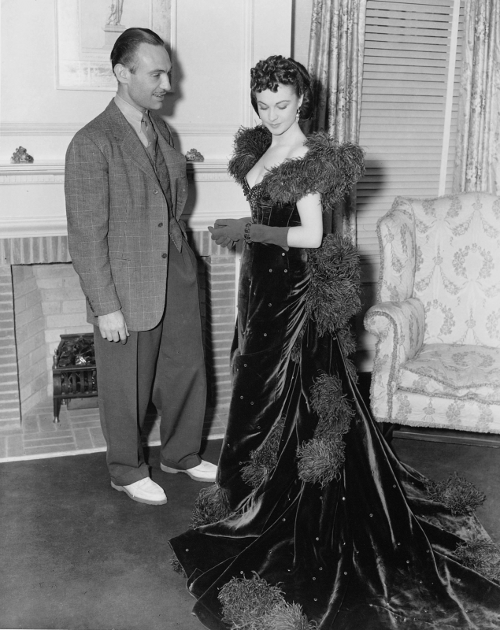 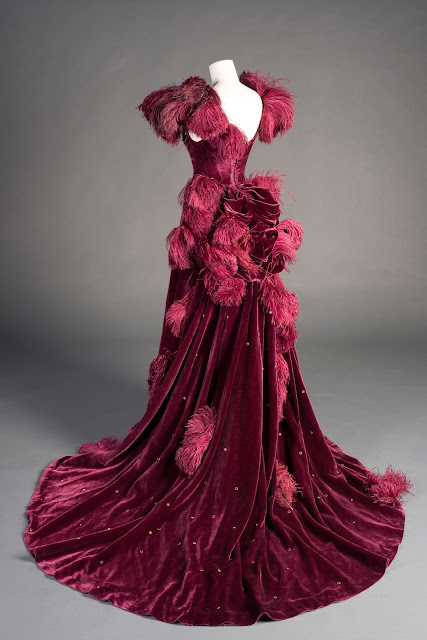 Another film he designed for is one that has faded from notice; a 1956 film called Diane, with Lana Turner in the title role, playing Diane de Poitiers, Countess de Breze.  The men's costumes from this film were, uncharacteristically for Hollywood, quite fine. 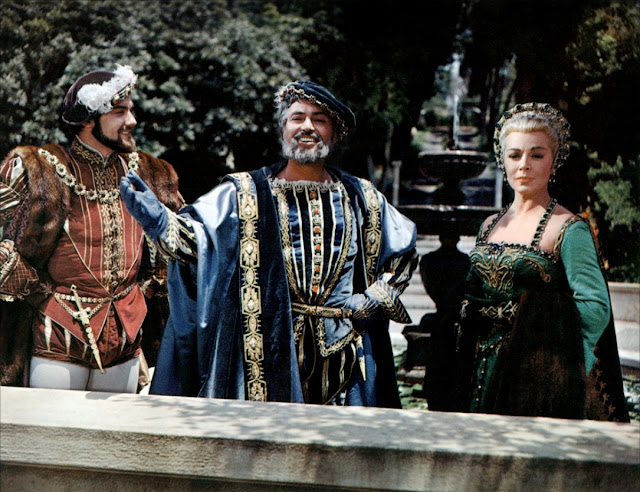 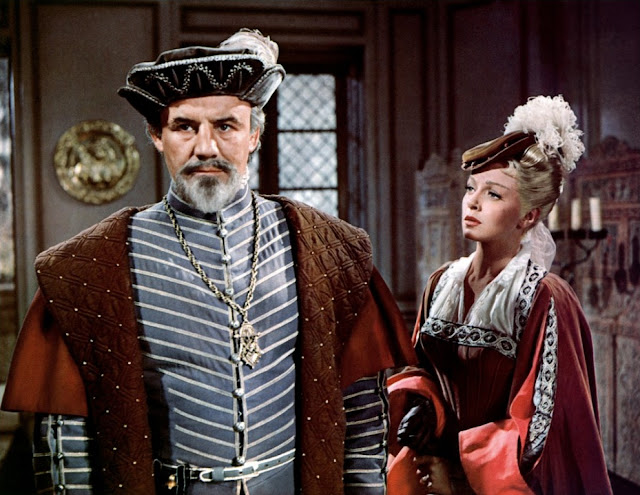 But, as usual, its the women's costumes that really shine.  The two major female roles, played by Turner, and Marisa Pavane as Catherine de Medici, are, apart from the very mid 20th century bodices with their nose cone breast shapes, remarkably true to the time. 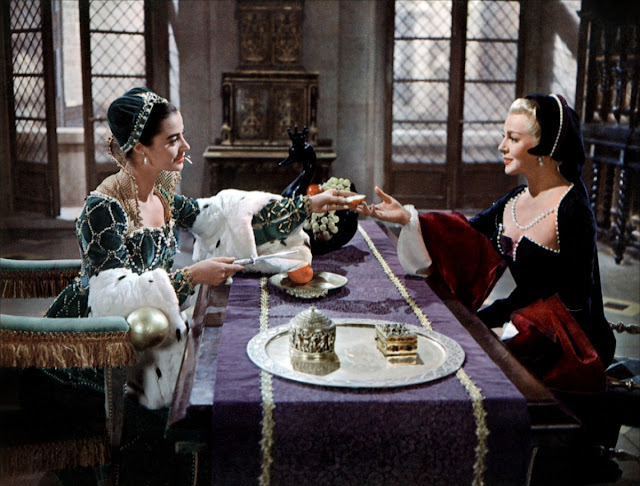 The point here is that no designer ever expresses a historical period with complete honesty.  Its not possible, really.  Unless you had the budget to have textiles woven exactly as they were, by hand, and have all the costumes assembled entirely by hand, with hand embroideries, hand made lace and such, using the same dyes that were available, then you can't truly get there. 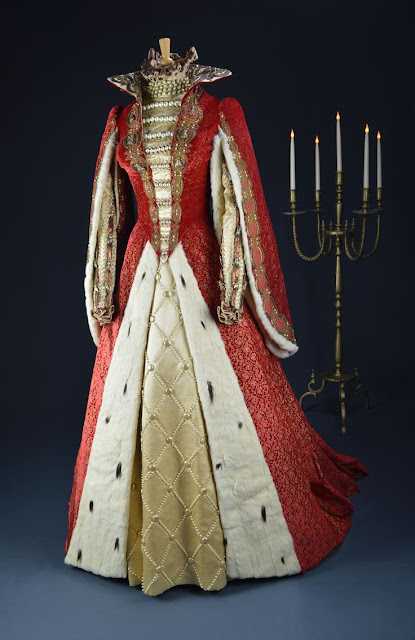 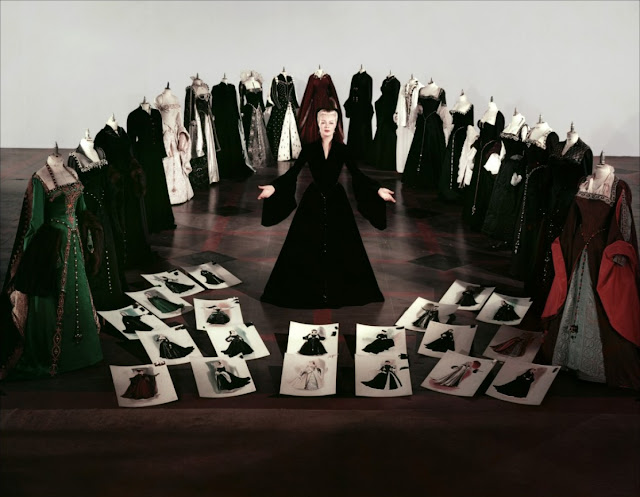 In addition, each time has its own way of seeing things, a dominant mindset that informs everything about that time, visually.  And no matter how careful a designer is, tiny hints of it creep in, subtly shifting what we see to a more appealing direction.  We may think we're looking at the truth, but its at best, an unintentional misdirection.
Posted by Paul G. Ellis at 6:23 AM