With transgender issues looming large in the public consciousness just now, I wanted to revisit the gender free clothing concept.  While I was in London recently, one of my intentions was to visit Selfridge's department store, and their pop up installation shop, Agender.  Sadly I missed it by about a week,  but I had the chance to chat up one of their employees while purchasing a shirt for my honey.  He told me that the response was great.  It had been installed in two enclosed spaces on two floors of the store, pulling not only existing merchandise from both men's and women's departments that would suit, but also taking on several new lines that present gender neutral garments as a matter of course. 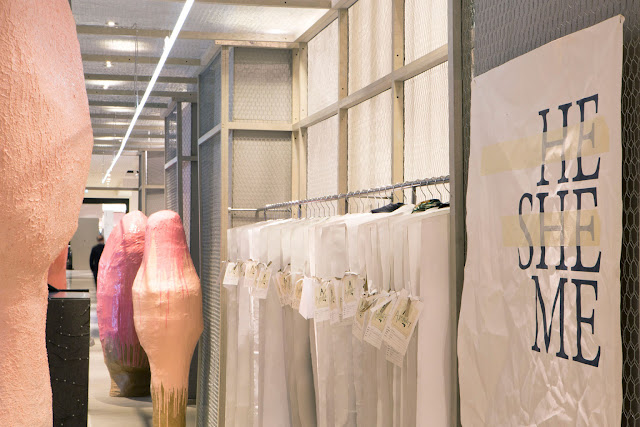 He also said that great care was taken not to insult a large percentage of their client base that is from the Middle East, and Southeast Asia.  Which was part of why the installation was enclosed.
You could, I suppose, think it wimpy on Selfridge's part to hide it away, while presenting it.  But my take is that they took quite a leap, while remaining aware of the fullness of their responsibilities.  No department store anywhere has mounted a gender free department before, and it got considerable promotion.  No manakins were used in the print ads, windows, or in the department itself.

Part of what this signals is the growing importance of this discussion about the fluidity of gender ID.  As we get more connected across the globe, and borders of all other sorts fall, digitally, and in some cases, literally, its only natural that we should question these binary notions of female and male. Designers of apparel are continually bringing more ideas forward that address this issue, and ask us to consider thinking differently.
Now, part of what I think is interesting about the whole discussion within the apparel community is that unless you are choosing a garment that by its close fitting would only comfortably, and attractively suit a biological male, or female, all clothing is essentially gender free already, with the exception of the freight of social behavior that is attached to all those Attire words.  In other words, if it weren't for the inculturation we all have about what is, and is not to be worn by either sex, the point would be a moot one.
So, for your consideration, a collection of ensembles and looks I have gleaned, that to me present this concept well.  Some are easy to digest, others less so.  But if we are going to move forward, addressing this frankly, we have to be willing to look, and really see. 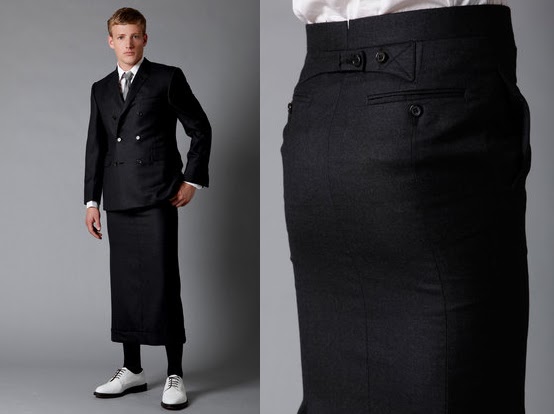 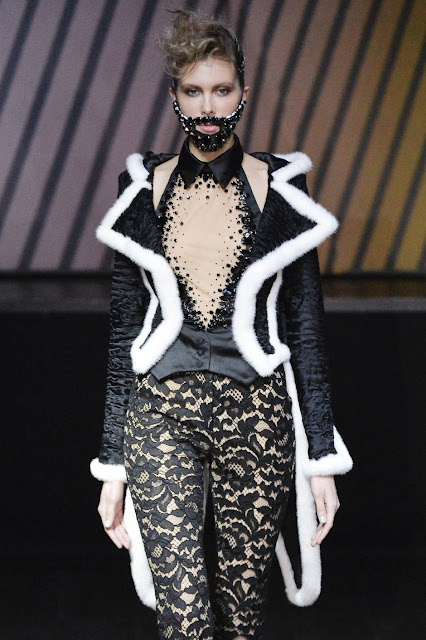 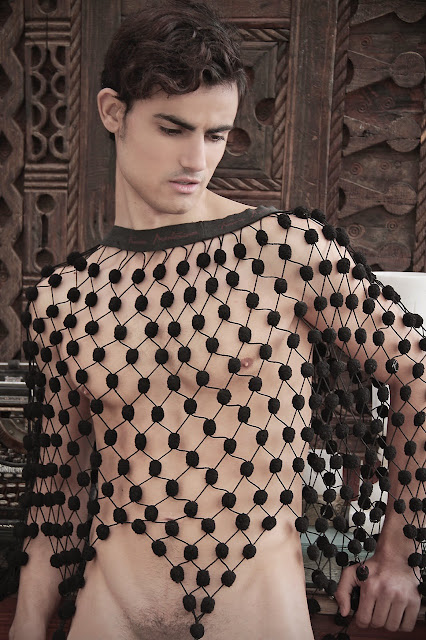 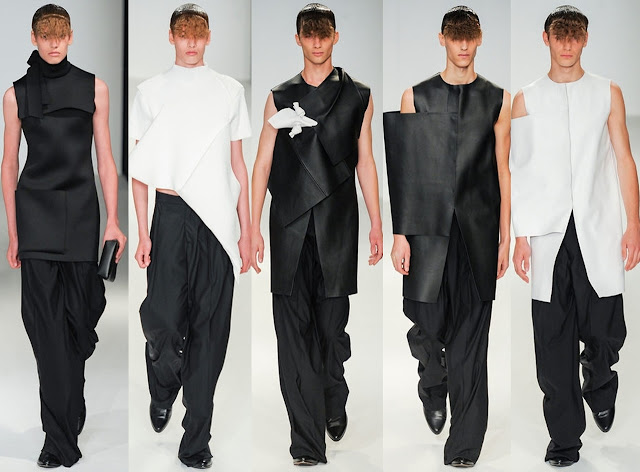 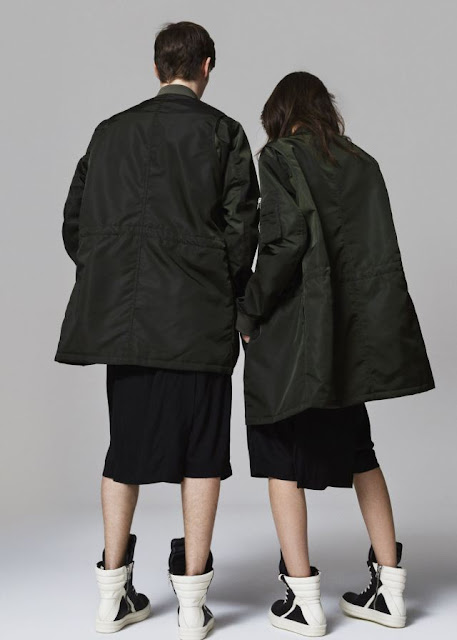 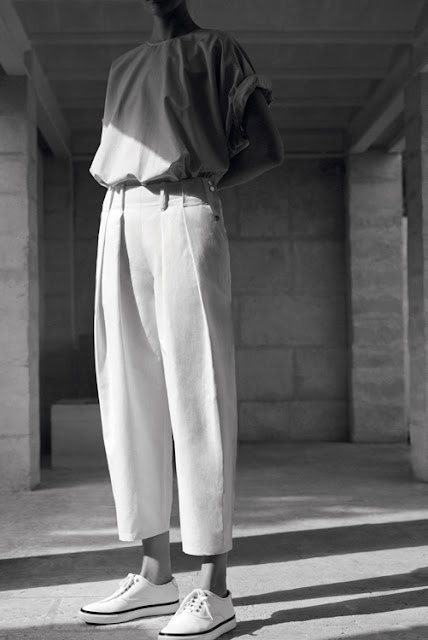 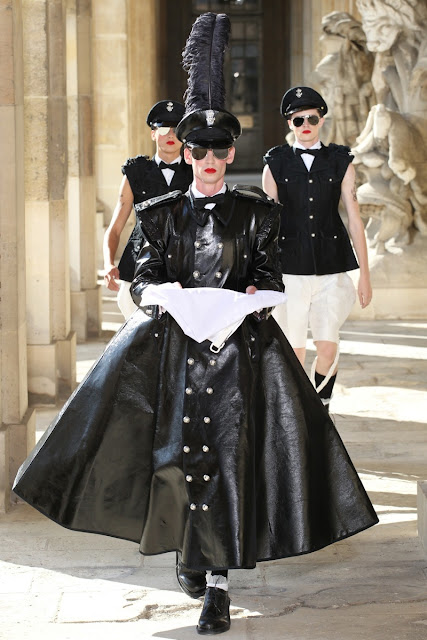 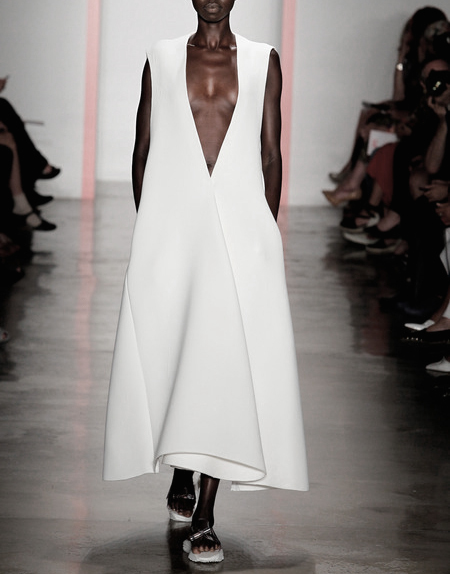 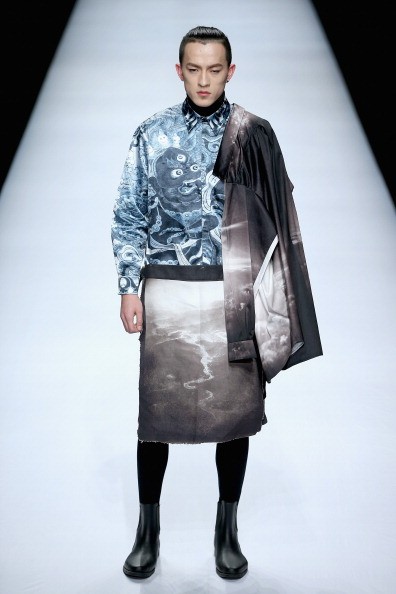 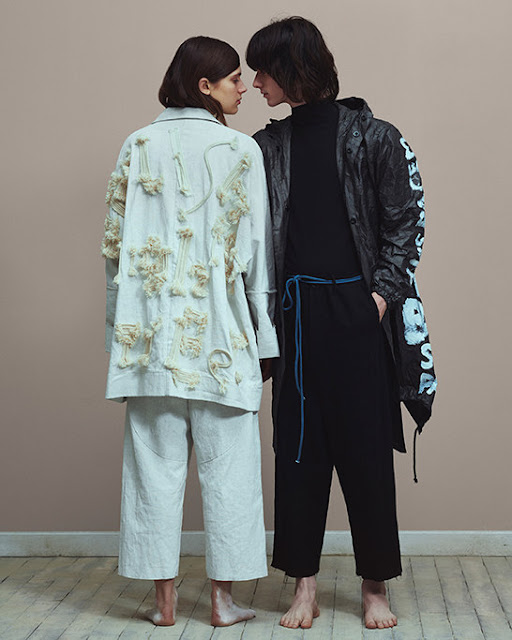 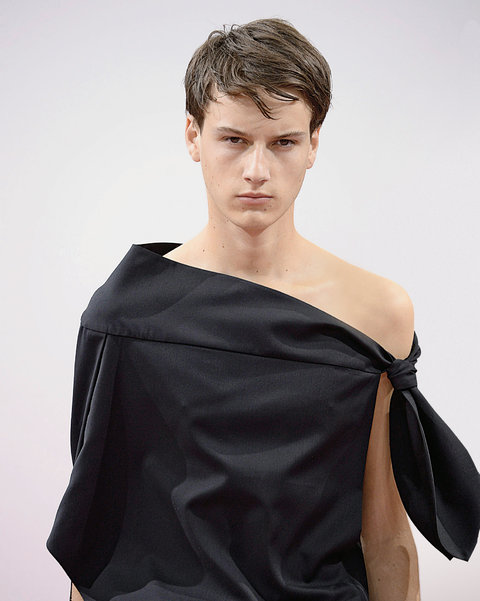 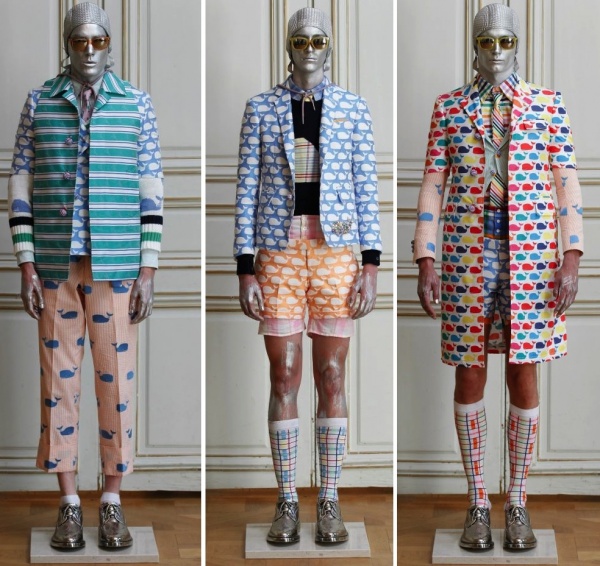 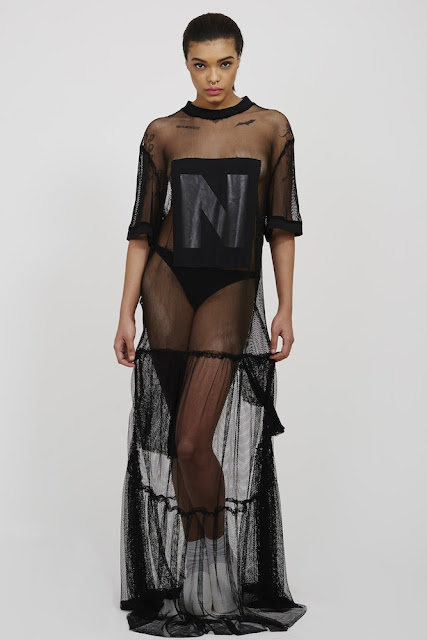