I've not focused on a piece of outer wear for a one shot post before, but this is so extraordinary it deserves significant examination.  First of all its from the estate of a very wealthy New York state family, and is nearly perfect in its preservation.  So much so that even the black georgette behind the Irish crochet work is intact. 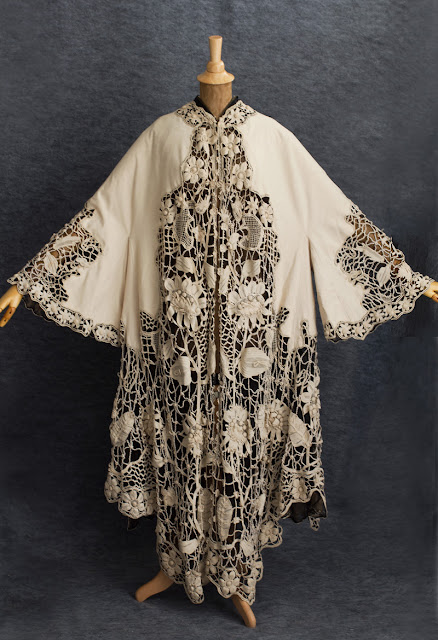 The body of the coat is of creamy colored cashmere wool, and the entirety of its lavish decoration is hand worked Irish crochet of the highest order.  Irish crochet workers, mostly cottage industry women who were working on speculation, some to order as in this case, became famous over the world for the incredible level of craft and ingenuity they brought to their work.  When looking at this amazing piece of top flight coat porn, remember that, though the wool body was machine spun and woven, every minute and precise part of that Irish crochet was done, by hand, with thread and a small needle with a hook on it.
This is also a splendid example of how vastly important outerwear was for defining class, taste, and character. At the time, and really, until nearly the mid 20th century, the coat was the single most powerful conveyor of personal thought and feeling in the assemblage of garments worn.  To wear a coat of this sort would have marked the wearer as not only a person of fabulous wealth, and probable social standing, but also of the most elevated tastes.
As you scroll down the images, pay particular attention to the dazzling realism of the crocheted flowers and leaves that emphasize this work of art.
Things of this sort leave me both breathless, and proud of what humans can achieve with almost nothing. 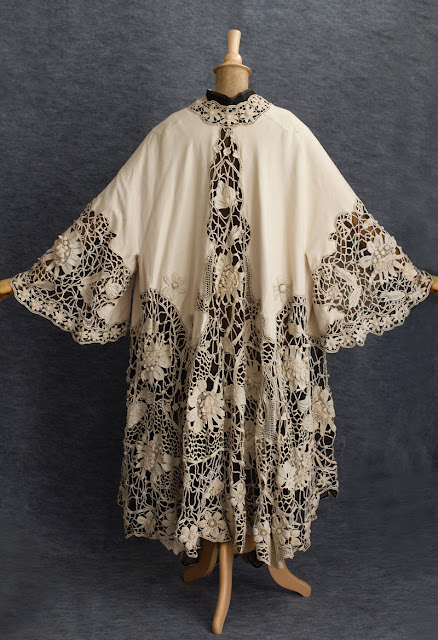 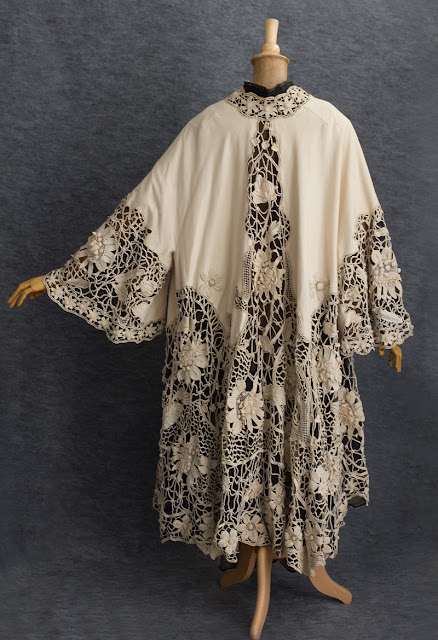 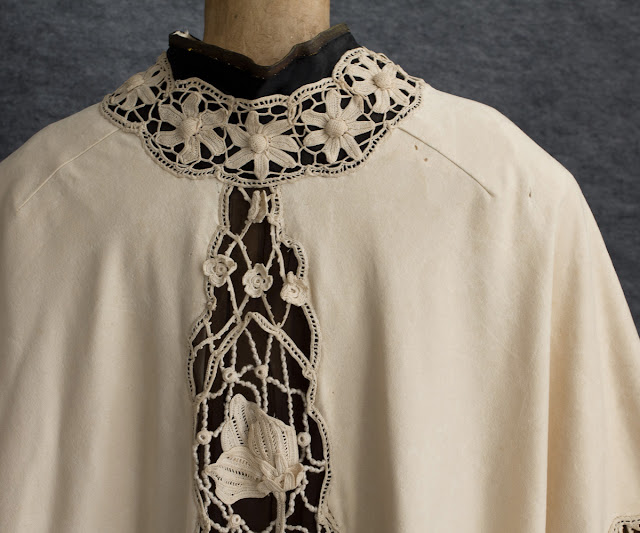 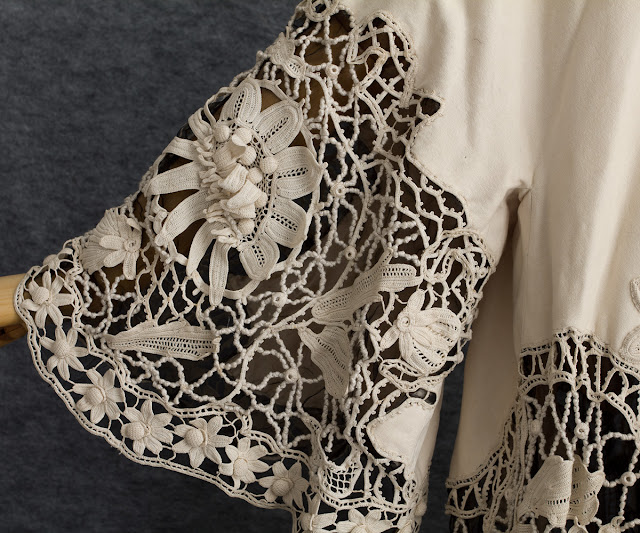 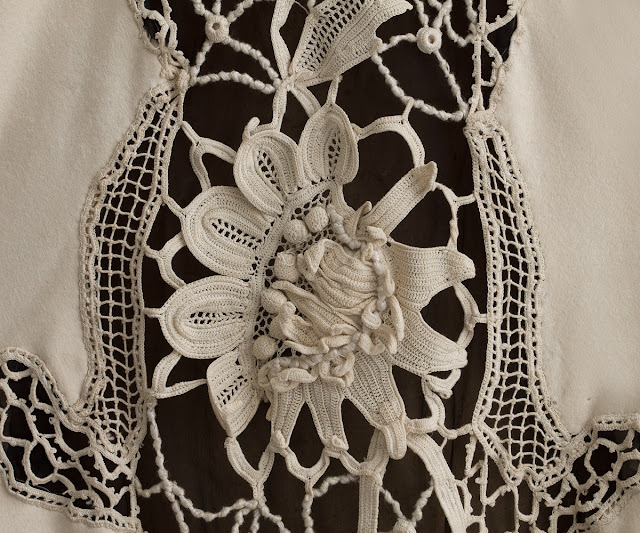 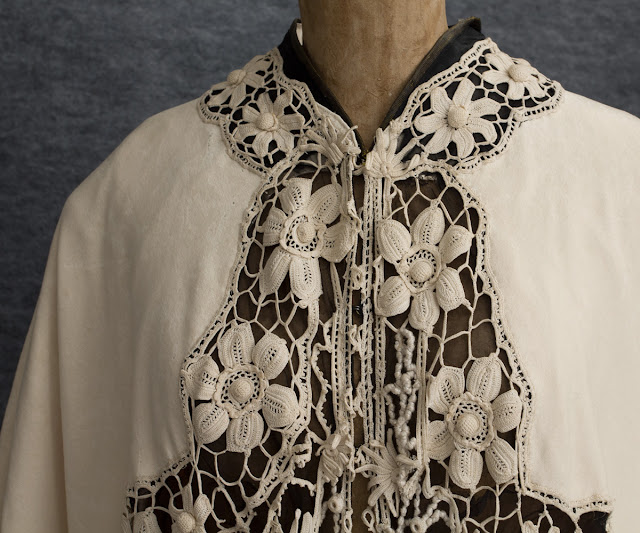 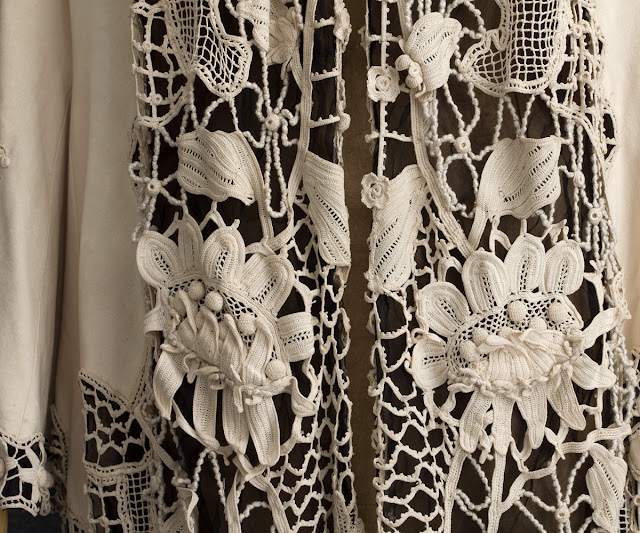 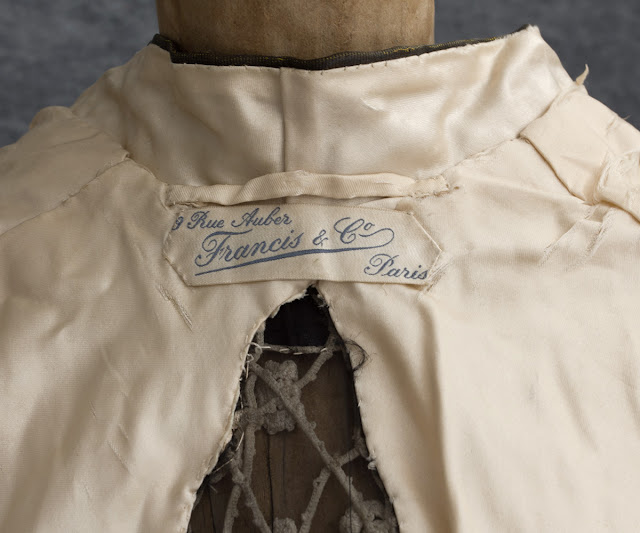 This glorious coat is still available for purchase at www.vintagetextile.com
Posted by Paul G. Ellis at 8:51 AM