We are quite accustomed to seeing articles about events in the fashion industry. And the huge majority of them relate nearly exclusively to women's clothing.  Why is this?  Well, the simple fact that women generate over 80 percent of the clothing sales in the world.  And why is that?  Training, inculturation, programming, if you will, are the source point for this disparity.
During centuries of time women, were kept to the home, and told that their chief purpose, aside from procreation, was to be decorative.  Consequently, they developed an interest in, and a need for constant innovation, and a sense of the special and beautiful in their apparel.  Its not that women really are more interested in fashions changes than men are.  There have surely been times when men were every bit as obsessive about apparel as the womenfolk.
But the pull of combined psychology, and social pressure, to conform to certain ideals is extremely powerful. 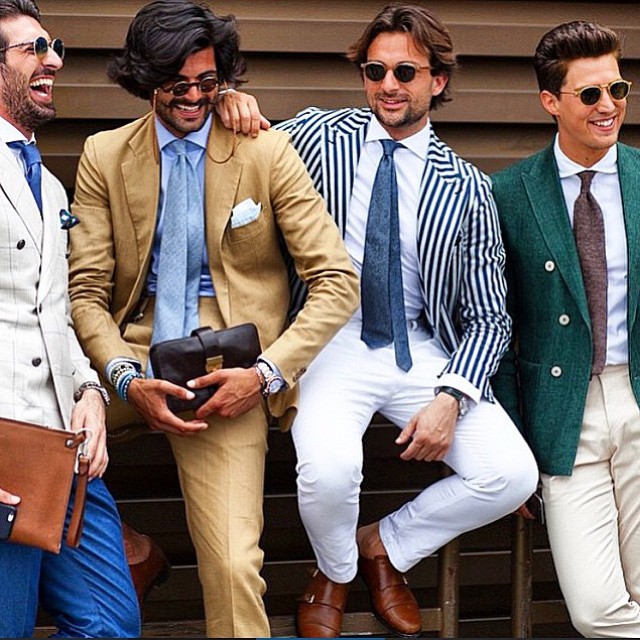 So too, with men, who have been taught that an indulgence in interest in appearance, beyond certain narrow confines, was inappropriate, and an earmark of the dreaded charge of effeminacy.  So the men's fashion shows get wedged into the major fashion weeks of the world as a sort of adjunct.  They receive neither the press nor the attendance that women's events do.
There is one, and only one, really, major men's event that has been going on since 1972, but only recently has anyone outside of Europe known anything about it.  Its the Pitti Uomo, in Italy.  Held in Milan and Florence the Pitti Uomo is entirely devoted to men's fashion and accessories.  Why Italy?  Well, its one of the few countries where being interested in dressing well is not seen as a negative. 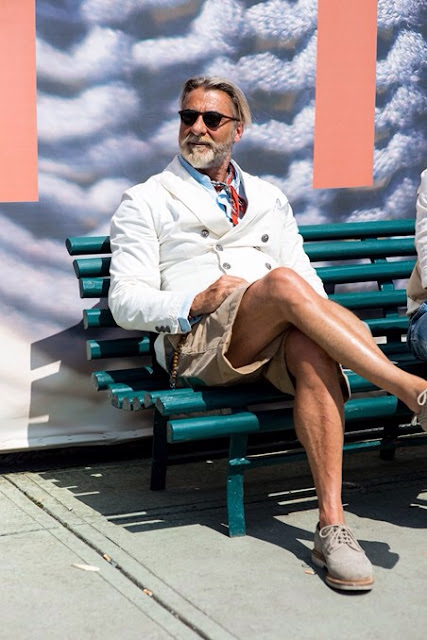 To me, that this is finally getting larger coverage, globe spanning press, is indicative of things I've spoken of before. First is the further development of a true global culture. Sure its still a long ways off, but each step like this brings it closer to reality. The other thing is that this speaks to the shift culturally in how men are perceiving themselves, and how they wish to present themselves to the world. 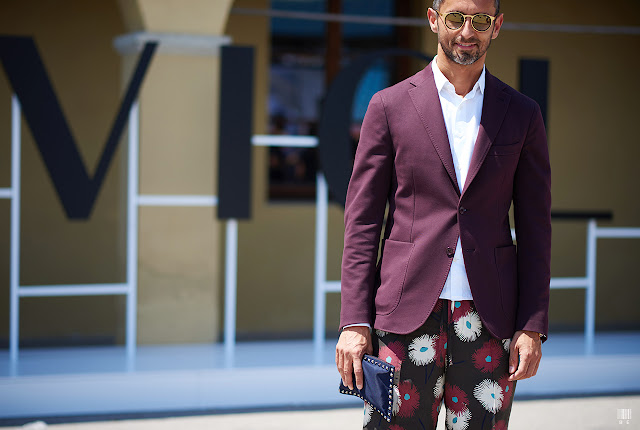 The accompanying images are of attendees to the Pitti Uomo.  Dang, these Italian men sure do know how to look great.  Now its true that none of these looks is groundbreaking, but what they do represent is a broad range of expression within the menswear subset of the Attire language. As well, the increasing use of color outside of the traditional palette is a serious key to the changes men are feeling.  The simple expedient of loosening up the color range says a lot about how men are loosening up in general. 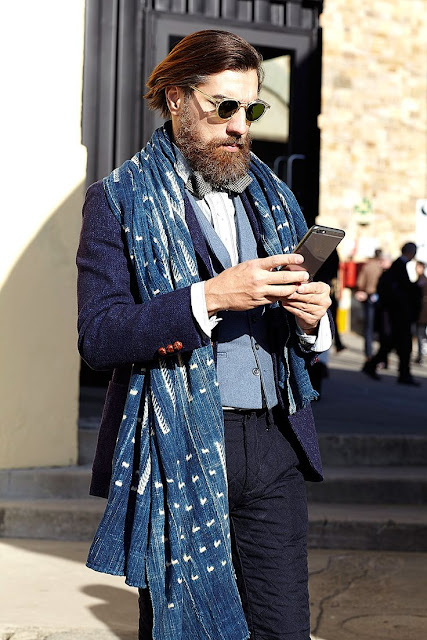 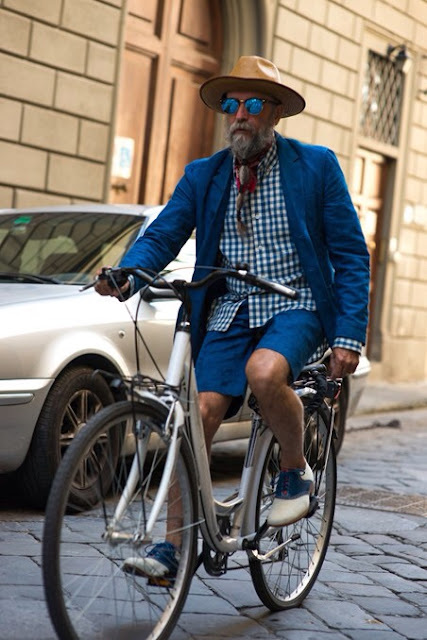 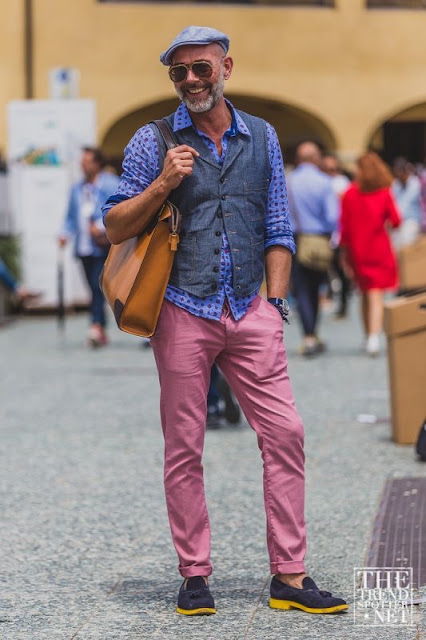 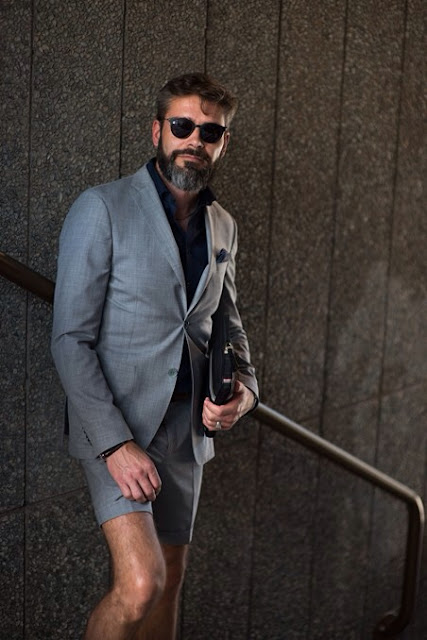 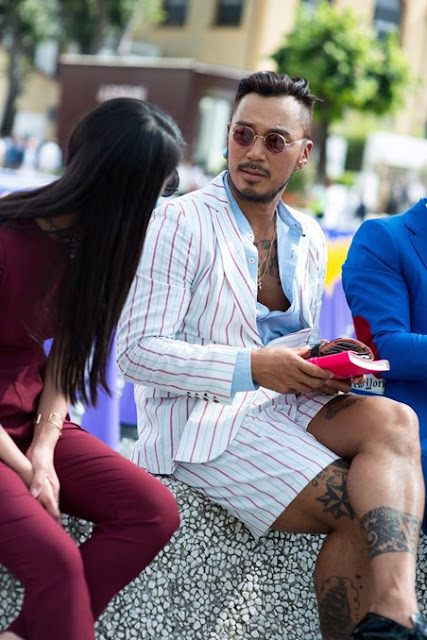 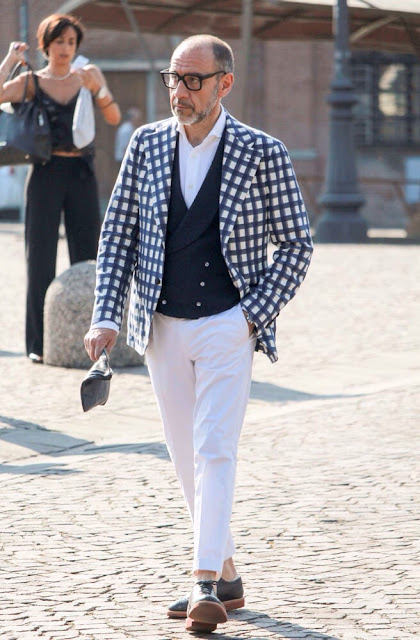 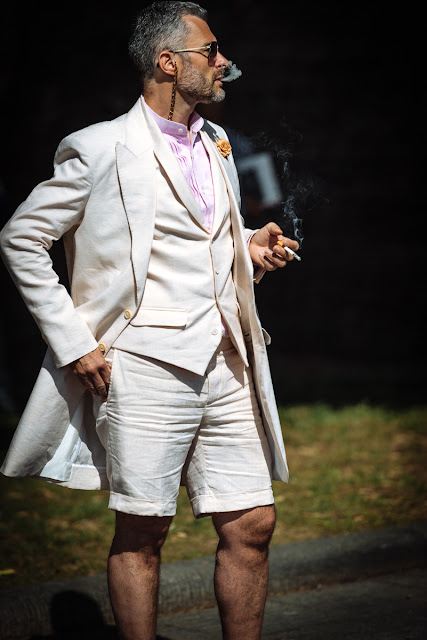 Watching this process happen is fascinating to me.